If there is one thing to take away from the 2013 Restaurant Growth Index it’s this: competition is more intense than ever. 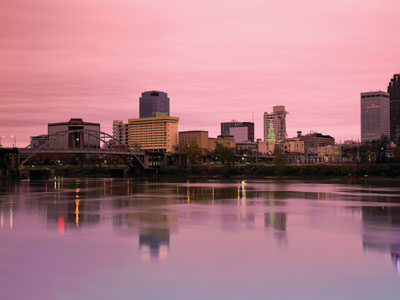 The 2013 RGI—compiled for Restaurant Business by Nielsen, a global provider of information and insights into what consumers watch and buy—shows weakening restaurant sales, but more restaurants—a volatile combination.

Nielsen tracked a $3.8 billion dip in total industry sales last year, a rollercoaster drop from the increase in sales of $17.5 billion reported in last year’s RGI. That uptick in 2011 helped fuel the significant jump in the number of restaurants we’re now seeing: an increase of 47,161 units (as opposed to the almost 16,000 unit drop reported last year). But with more restaurants opening, we’re seeing per-unit sales dropping: a 7 percent decline from $719,276 down to $666,116. Likewise, we’re seeing restaurant sales dropping year-over-year by $24 per capita (from $1,533 to $1,509), despite a .07 percent rise in average per capita income.

Despite those contractions in sales, the 2013 top 10 RGI markets look to be more profitable relative to the average market than their top 10 counterparts last year. If we total the index scores for the top 10 markets in last year’s RGI, we have 4,052 index points. Totaling the same in 2013 yields 4,731 points. Translation: the restaurants in those markets are doing gangbusters. And it suggests, in a shrinking market, the competition sharpens and magnifies the difference in performance between the best and the average. The top index last year was 692 compared to 732 for the top spot now.

Ocean Pines, Maryland, the #6 market last year, has claimed that top spot. This market constitutes the eastern most county in Maryland, which includes the entire length of the state’s Atlantic coast, and is home to the popular vacation resort area of Ocean City. With the large influx of tourists, the per-capita restaurant sales rise. That drives the RGI score higher.

Jumping all the way from the #99 spot in 2012 to the current #2 spot is Findlay, Ohio. This market, with strong ties to the Toledo metropolitan area, nearly doubled restaurant sales year-over-year. Nielsen’s Business Growth Index, which tracks changes in the number and size of all businesses over time, shows this market ranks in the top 10 nationally for overall economic growth. The town has seen an economic boom, of sorts, with Marathon Petroleum recently headquartered in Findlay and Cooper Tire and Rubber Company opening a global tech center.

In the #3 spot this year is Liberal, Kansas. This market more than doubled restaurant sales from last year. Much like Findlay, businesses have many openings, and coupled with a shortage of housing units, visitors and temporary residents eat out more frequently. The success of their local semi-pro Bee Jays, frequent national and state champions, draws more visitors to the area.

Sevierville, Tennessee—gateway to Smoky Mountain Nation Park and last year’s #3 market—drops to #4. The average restaurant sales per capita for the market tipped $4,400 in last year’s RGI but dropped to roughly $3,600 per capita this year, still more than double the national average. More net restaurants (14) were added to this market year-over-year creating a bit more competition.

Boone, North Carolina, reaches the fifth spot this year, rising from #37 in the 2012 RGI. Boone is a tourist destination, drawing 225,000 each year. It’s also home to Appalachian State University, which has seen dramatic growth in the last decade and ranks in the top 5 percent for general business growth in Nielsen’s BGI. The influx of students and tourists helped drive up its RGI score.

Among the top 50 markets by population, Orlando and Las Vegas rank high, with Las Vegas swapping places with Orlando for the top spot. Nevada also tops the state-level market rankings this year. Again, tourism dollars and disproportionate restaurant sales as percentage of per capita income keeps these markets high in the ranks.

How we ranked them

The RGI is designed to help restaurants screen markets and find attractive areas for expansion and growth. These market rankings represent underserved areas that signal strong restaurant sales relative to the national average.

The RGI uses restaurant sales collected by the U.S. Census of Retail Trade and per capita income reported by the U.S. Census Bureau and updated by Nielsen. Restaurant location data comes by way of Nielsen through Infogroup. Sales figures conflate visitors and residents of each market. So, smaller markets that are tourist destinations with high transience and heavy thru traffic tend to index high. Market size should be considered in addition to market rank in assessing opportunities for future restaurants.

Click here to go to the complete Restaurant Growth Index.