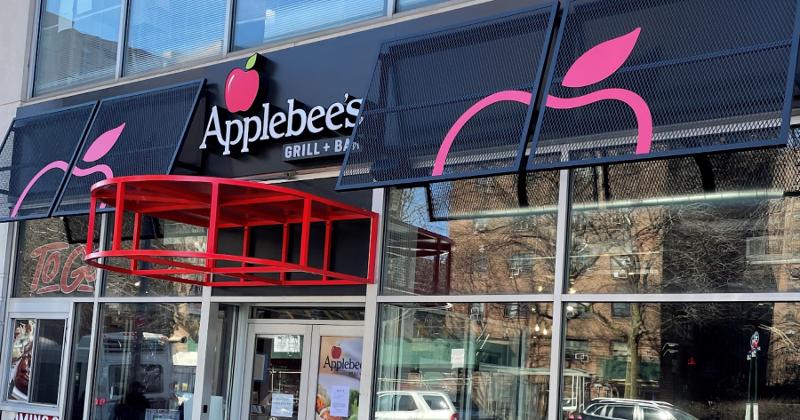 New Applebee's could include in-line locations like this one in New York City. / Photograph courtesy of Apple Metro

Applebee’s finished 2021 with its fewest U.S. restaurants in more than a decade.

It was the end of a planned five-year pruning process that closed hundreds of locations, leaving the franchisor with 1,578 domestic stores.

It was also one of Applebee’s best years ever. Same-store sales rose 6.2% compared to 2019, which President John Cywinski said is the highest mark he could find in the brand’s 40-year history. Customers returned to its restaurants in earnest while also continuing to order a lot of delivery and pickup.

Downsizing seems to have helped. But Applebee’s doesn’t plan to stay smaller. It opened five new restaurants last year and will open more this year. In 2023, it will open more restaurants than it closes. Development will escalate annually from there, putting Applebee’s firmly back in growth mode.

Cywinski declined to give a target number of restaurants the brand wants to reach. But he didn’t rule out a return to the nearly 2,000 U.S. stores it once had.

“I expect a substantially elevated number of restaurants,” he said.

Cywinski, who is on his second stint with Applebee’s, remembers that it was developing more than 100 stores a year while he was CMO from 2001 to 2006.

But by the time he returned for his second stretch, in 2017, the system had become overgrown with struggling restaurants. “There were a number of restaurants that should have closed over time that didn’t,” he said.

Some were located in areas that had changed over the previous 25 or 30 years. “What I mean by that is, residential moved. Maybe Walmart became a Super Walmart 3 miles down the road,” he said. “Our restaurant is now in the wrong trade area in a market.”

Others were generating low volumes or otherwise underperforming. That’s when the pruning began. Over the past five years, Applebee’s closed about 300 restaurants. In the midst of that, the pandemic arrived, bringing about what Cywinski called a “long overdue correction” for casual dining as a whole. The market shrunk by 11% as many operations closed—creating an opportunity for chains looking to grow.

“There’s a lot of white space out there,” he said. “We’re going to pursue it with a vengeance.” 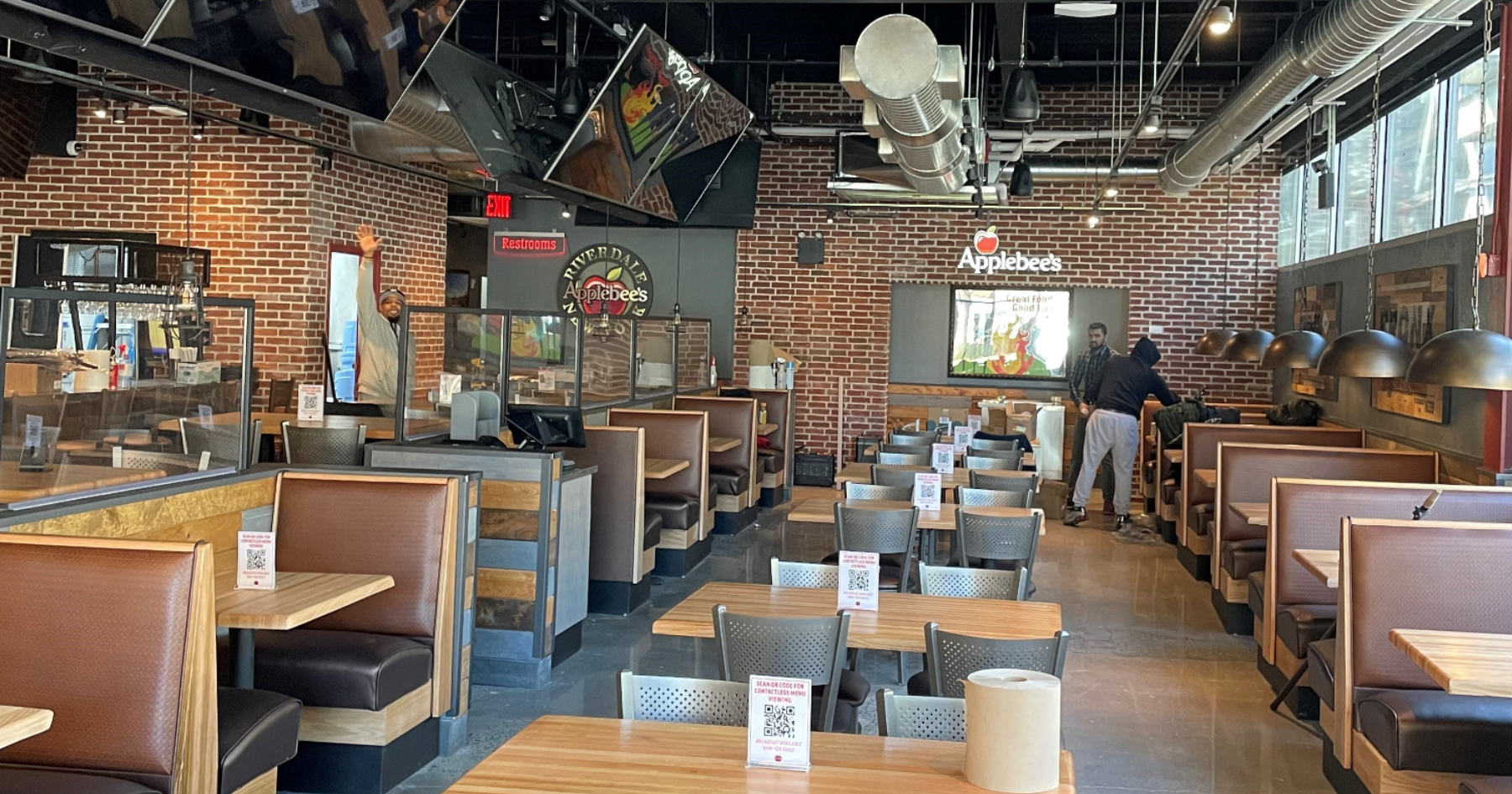 Inside a unique in-line Applebee's that will open Friday in the Bronx. / Photograph courtesy of Apple Metro

As it expands once again, Applebee’s portfolio will look a bit different than it has in the past. It will still feature the traditional 6,000-square-foot box. But it will also include smaller locations, ghost kitchens and even drive-thrus.

“We will be open-minded and opportunistic about where we place Applebee’s and what they look like,” Cywinski said.

Some of its new restaurants will be conversions of existing structures, which are less expensive than building from scratch. Some of those will be in former restaurants, but Cywinski said the brand will be creative and consider other types of real estate as well. Franchisee Apple Metro this week is opening a rare in-line Applebee’s in the Bronx, for instance.

The company is also pursuing ghost kitchens, with two open now in Philadelphia and another planned for Miami. These much smaller locations—about 250 square feet—will allow the brand to enter densely packed urban areas where it hasn’t been able to go before.

“We will open up a handful of traditional restaurants and a handful of ghost kitchens, and that’s what I anticipate going forward, which is a combination of both,” Cywinski said.

It’s also exploring Applebee’s with drive-thru windows for orders placed in advance. Two are up and running and a third is in the works, and the chain plans to open 10 or 15 of them. Cywinski said they’ve been well-received so far, and can stay open later because they are safer for staff.

With about 27% of sales now coming from off-premise, Applebee’s wants to be able to serve guests in whatever format they prefer.

“If I can make it easier for my guest, I will,” Cywinski said.