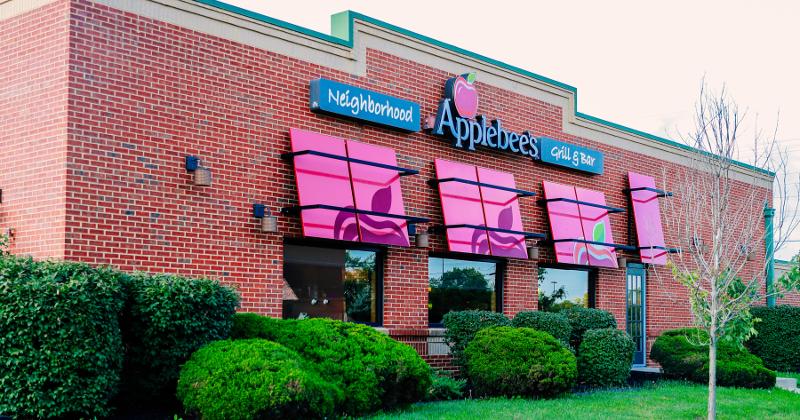 Applebee's will return to a fully franchised model this year with the sale of 69 corporate stores. / Photograph: Shutterstock

UPDATE: This story has been updated with comments from Applebee's President John Cywinski.

Applebee's is selling its 69 company-operated restaurants, which will make the brand entirely franchisee-operated for the first time since 2018.

The sale of the restaurants in North and South Carolina is expected to close in the current quarter. Terms of the deal were not disclosed. The restaurants account for 2% of Applebee's 1,570 stores.

On an earnings call Tuesday morning, Dine Brands CFO Vance Chang said going back to a fully franchised model will simplify Applebee's operations. He noted that the transaction hasn't closed yet and that the company will share more information in Q3.

Applebee's bought the restaurants from a franchisee in 2018, making itself an operator once again.

"It was always our intent to kind of optimize that portfolio and then eventually flip it back to a franchisee," Applebee's President John Cywinski said in an interview Tuesday. "So this is consistent with what we set out to do."

Applebee's has pursued a so-called asset-light model in recent years even as some of its casual-dining counterparts have begun to buy back restaurants from operators.

"Having an asset-light model, perhaps it makes us a little more nimble. Perhaps it insulates us a little bit in an inflationary environment," Cywinski said in an interview last year.

And yet it liked owning and operating a portion of its restaurants to understand franchisees' operations and to provide a model for its operators. But Cywinski said the chain will continue to stay in lockstep with its small group of 31 operators.

In the most recent quarter, sales growth at Applebee's corporate and franchised restaurants were similar. Same-store sales at domestic franchise stores rose 1.7% compared to 1.8% growth systemwide.