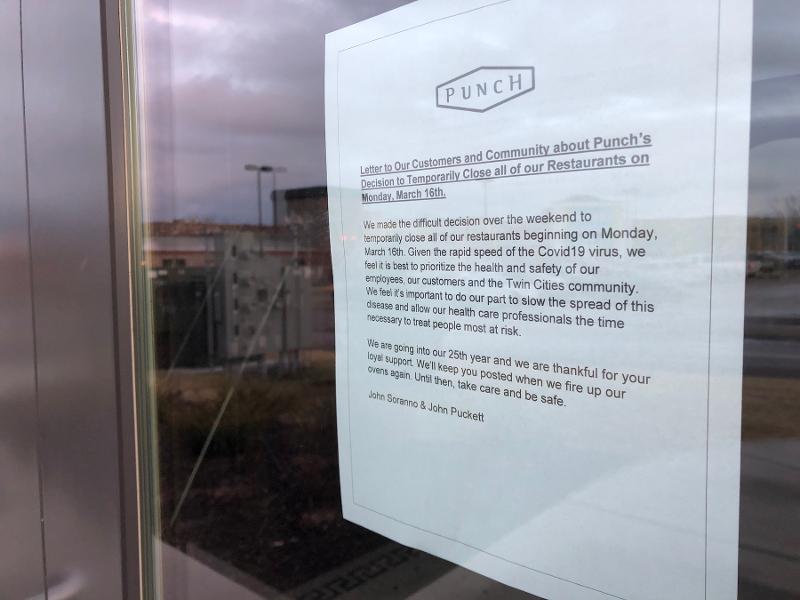 March was likely the worst month for the restaurant industry on record, at least until April sales are calculated.

According to the latest index from Black Box Intelligence, same-store sales fell a staggering 28.3% in March. It was the lowest result the index has ever recorded, and even then, the figure doesn’t come close to revealing just how bad things were.

That’s because the bulk of that decline came in the second half of the month, when same-store sales declined 65%. “We have reported on restaurant sales and traffic since the last Great Recession, and this is something far beyond anything the industry has experienced,” Victor Fernandez, vice president of insights and knowledge for Black Box, said in a statement.

He said the industry will likely hit bottom in early April, but customers have adapted their consumption habits, and more restaurants have begun focusing on takeout. Fernandez said that “small improvements may lie ahead” as that takes hold and government relief measures kick in.

Still, the figures wiped out a relatively strong early part of the year for the industry as good weather got customers eating out more often than they had in years.

Traffic, long a problem for the industry, declined 29.2%, with a nearly 70% free-fall in the past two weeks.

On the other hand, guest check was up 2.4%, though it was flat in the second half of the month.

Indeed, full-service restaurants were hit hardest, with same-store sales down 70% in the last week of March.

All dayparts suffered. Midafternoon performed best, while late-night sales suffered the most. Restaurants in regions where the outbreak was worst were hit hardest: Same-store sales fell more than 70% in the last week of the month in New England, the West, New York-New Jersey, the Mid-Atlantic and California.

Only the Southeast saw a decline lower than 60% in the last week of the month.