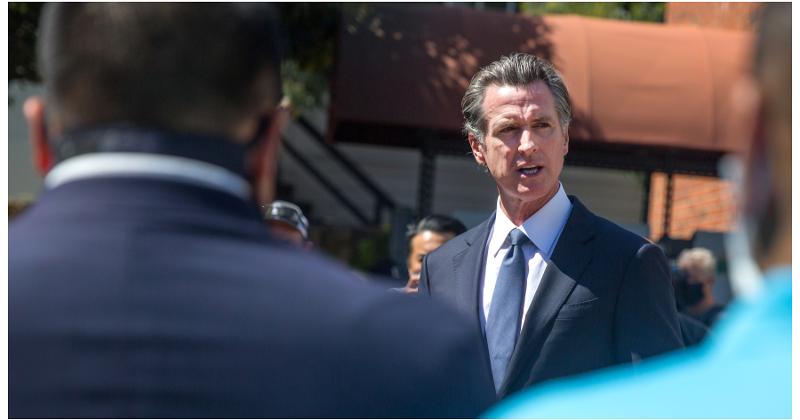 Photo of Gavin Newsom from Shutterstock

The provision is part of a spending and revenue plan that calls for a number of other moves with implications for the foodservice industry, including a rollback of the higher business tax rates the state imposed at the start of the pandemic. The state figured at the time that it would likely generate a huge deficit otherwise for the fiscal year then underway because of increased spending to combat the crisis and a drop in personal income taxes. Instead, California ended up with a sizeable surplus of funds.

Newsom is now calling for the emergency rates to expire a year earlier than initially planned.

Separately, Newsom aired indications over the weekend that he will ask the state legislature to reinstate some form of paid sick leave for workers who contract COVID-19. An emergency measure signed into law by the governor in March 2021 required all employers of at least 26 people to provide up to 80 hours of paid leave to employees who contract the illness. Newson said a re-up of some sort is necessary because of escalating infections from the omicron coronavirus.

The budget proposed by Newsom for the 2022-23 fiscal year aims to have the exclusion of federal aid from small businesses’ taxable income in place by the time enterprises file their state taxes for the preceding year. The governor’s office indicated that the move will save the restaurants and other small businesses about $130 million on their 2021-22 taxes, $144 million on their filings for 2022-23 and more than $500 million in total.

The proposals drew praise from the state's restaurant industry. "The California Restaurant Association applauds Gov. Newsom for his thoughtful budget approach, which will help thousands of small businesses – including restaurants – as they try to weather the pandemic fallout," the trade group said in a statement. "These proposals could tip the balance, giving more restaurants a greater chance to stay open."

The federal government has already indicated that it will not regard forgiven PPP loans and RRF grants as taxable income. Both forms of aid were intended to help restaurateurs survive the loss of business from state governments’ closure of dining rooms and social-distancing efforts by jurisdictions at all levels.

"The CRA especially appreciates the Governor’s proposal to conform state law to federal rules that ensure that restaurants receiving federal relief grants do not have to pay tax on those grants, helping restaurants that have relied on federal aid to make it through the pandemic," the restaurant association said in its statement.

More restaurants are located in California than in any other state. The nation’s third largest state geographically is also home to many restaurant chains, including Chipotle, The Cheesecake Factory and BJ's.

Update: This version of the story includes the addition of feedback from the California Restaurant Association.