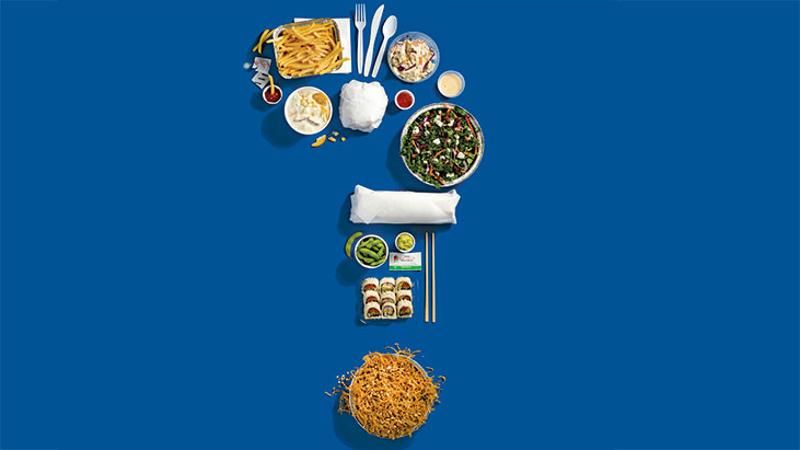 There always has been a high hurdle for entry into delivery. The cost of cars, drivers and insurance, plus the opportunity cost of having employees out of the store add up. It has made sense for the pizza industry because of volume. But with the rapid growth of third-party services such as DoorDash, GrubHub, Postmates and many others, the financial equation has shifted dramatically. These services supply an online-ordering system as well as drivers and vehicles, and charge a fee that varies based on volume.

When delivery service DoorDash entered the San Jose, Calif., market in early 2014, consumers didn’t have a lot of delivery options. Pizza was about it, some Chinese. Willow Street Pizza, a three-unit concept, like most pizza places, offered its own delivery service.

“When DoorDash came to town, our to-go business immediately started to decline,” says Ed Rathmann, owner of Willow Street. “There were very few delivery options and now all of a sudden people could order online from 50 different places.”

Rathmann signed up one of his units for DoorDash two years ago and added the others in 2015. “What we found was, their fees were less than what we were paying [for in-house delivery],” he says.

And with access to the vendor’s online-ordering platform, business has increased. “Our delivery business is now greater than it was at our peak before DoorDash came into town.”

“The restaurant industry is entering more and more challenging times with increases in wages, the Affordable Care Act and a higher cost environment in general,” says Fatburger VP of Marketing Thayer Wiederhorn. “Operators are looking for more ways to generate revenue. Delivery is a natural fit for that.”

There was a reluctance on the part of the home office to embrace delivery. “Burgers and fries don’t travel that well,” says Wiederhorn. “It’s not a space where brands in the burger category have done very well.”

But the delivery trend became too much to fight, says Wiederhorn. Fatburger’s brass decided customers were understanding enough to know that their delivery order would be different than what they got hot off the grill. “[People] know what they’re getting, and we make sure the product travels as well as it can,” he says.

With that in mind, Fatburger invested in new delivery packaging, and consolidated all its franchisees’ delivery services with one third-party provider, GrubHub, in the fall of 2015.

“First, we wanted to do this for the franchisees, so we could get them a more favorable rate,” he says, which it did because of the increased volume the chain as a whole could guarantee, versus a unit-by-unit volume. “It also gave us the ability as a brand to communicate about how the delivery system could integrate with the stores.” Units that had been doing their own in-house delivery, says Wiederhorn, have found it cheaper to use a third party.

Wiederhorn also says the increased visibility Fatburger gets by paying an additional marketing fee, which gives it premium placement on GrubHub’s site, outweighs any concerns over putting a filter between Fatburger and its customers. One downside Wiederhorn does see is the “lack of ability to oversee 100 percent of the product handling, from pickup to delivery,” stressing the importance of selecting a quality delivery partner.

“It wasn’t an issue for us,” he says. “I really believe consumers are interacting with brands in so many different ways now. Some consumers may choose to just be GrubHub customers, and that’s OK. It’s still important to be active in those platforms so we can be seen by all those diners.”

He continues, “As restaurant prices get higher and wine prices get higher, I think people order a pizza more [for delivery], then make a salad and buy a bottle of wine, and they save a lot of money.” One problem is solved with delivery, but it’s creating blowback, he adds.