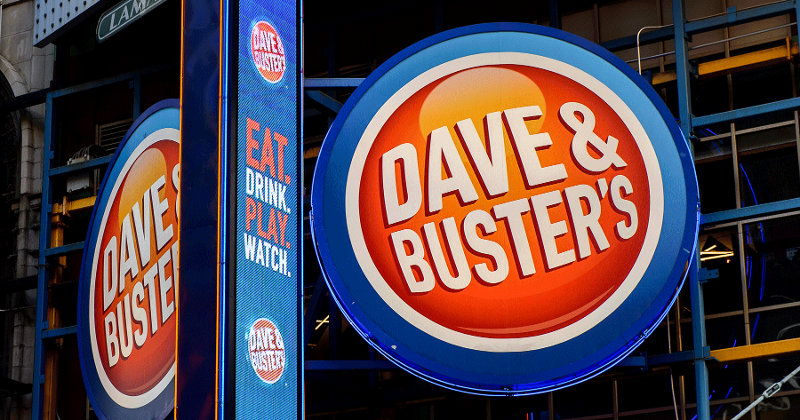 Dave & Buster’s stock price has taken a rollercoaster ride in the last day or so, after media reports highlighted concerns in the eatertainment chain’s quarterly report that raised the threat of possible bankruptcy.

The chain’s shares plummeted more than 26% Thursday, on reports that it might need to declare bankruptcy if it could not strike deals with lenders and landlords. By mid-day Friday, its stock price was up about 13%.

Some analysts said reports of the food-and-game chain’s demise were exaggerated.

“In our opinion, shares will appreciate as the company demonstrates it can achieve profitability at lower sales volumes, reopen all of its stores by the end of December, and successfully restructure or amend its credit facility without the need for additional equity,” the brokerage firm Stifel said in its latest guidance.

Nevertheless, it remains a perilous time for Dave & Buster’s, which is slowly reopening units closed at the outset of the pandemic while also issuing layoff notices to hundreds of workers around the country.

The Dallas-based company said in its latest quarterly report that it must obtain waivers from its lenders or else it “may result in filing a voluntary petition for relief under Chapter 11 of the United States Bankruptcy Code to implement a restructuring plan.”

Food-and-games concepts, especially, are struggling amid the pandemic, as they look for ways to safely bring back consumers while also boosting food and drink sales as amusements remain trickier to regulate.

Dave & Buster’s closed all of its locations in mid-March and only reopened three units, in very limited capacities, in Q1.

“The Company is unable to determine whether, when or the manner in which the conditions surrounding the COVID-19 pandemic will change, including when any restrictions or closure requirements will be lifted or potentially re-imposed in certain states or local jurisdictions, whether it will be able to successfully staff stores, and the degree to which it will be able to re-engage customers,” the chain said in its quarterly report. “These developments have caused a material adverse impact on the Company’s revenues, results of operations and cash flows, including the Company’s ability to meet its obligations when due. These conditions raise substantial doubt about the Company’s ability to continue as a going concern for a period of one year from the date the financial statements are issued.”

This week, Restaurant Business reported on Dave & Buster’s plans to lay off 1,369 previously furloughed workers in seven states. Since then, the chain has issued new Worker Adjustment and Retraining Notification (WARN) alerts to 373 workers at four locations in New York about layoffs coming in December.

As of earlier this month, Dave & Buster’s said it had reopened 89 of its 137 stores. It had previously said all locations would reopen this month, but is now saying it expects to be fully operational by the end of December, with its 11 units in New York and 16 California stores among the last to return.