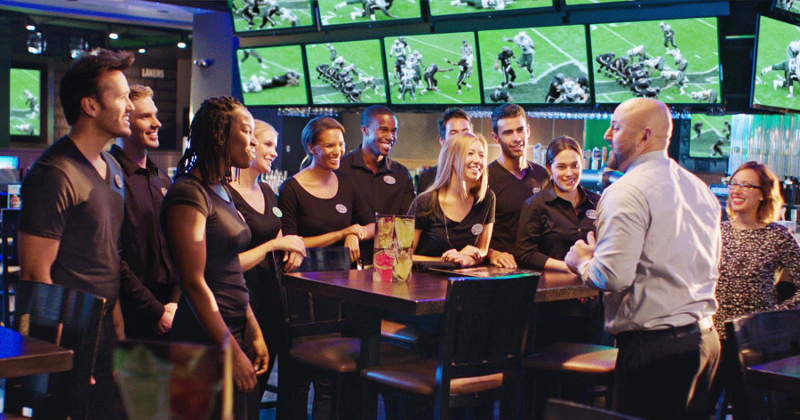 Beleaguered food-and-games chain Dave & Buster’s plans to lay off more than 1,300 workers at locations in seven states, according to notices filed with employment authorities in recent days.

Dave & Buster’s, which did not respond to a Restaurant Business request to comment on the mass layoffs, reported last week that its same-store sales plummeted 87% for the quarter ended Aug. 2. The chain has reopened just 89 of its 137 locations and said it will likely be December before all units are operational.

The 1,369 Dave & Buster’s workers who are scheduled to be laid off had previously been furloughed, according to the Worker Adjustment and Retraining Notification (WARN) alerts. The layoffs are to become permanent by Nov. 8, according to the notices.

The largest number of layoffs are slated for the chain’s three Michigan locations, three Massachusetts stores and two Denver units.

According to state WARN filings as of this week, Dave & Buster’s plans to lay off:

Dave & Buster’s has not announced plans to close any further locations.

“As the notices indicate, we will do our best to rehire as many of our team members as we can when arcades are allowed to reopen by state and local entities but, we are not closing the stores,” the chain said in a statement shared by media in North Carolina.

Dave & Buster’s executives, in letters to state employment officials, said they did not foresee “how significantly and for how long” the pandemic would impact its business.

“We also did not foresee that lockdown orders, initially issued for short durations in only a few cities, would spread through the country and be repeatedly extended,” Kathryn Rainey, the chain’s senior director of human resources, wrote.

For the second quarter, Dave & Buster’s reported that revenues fell 85.2%, to $50.8 million. Total operating loss amounted to $81.1 million for the period.