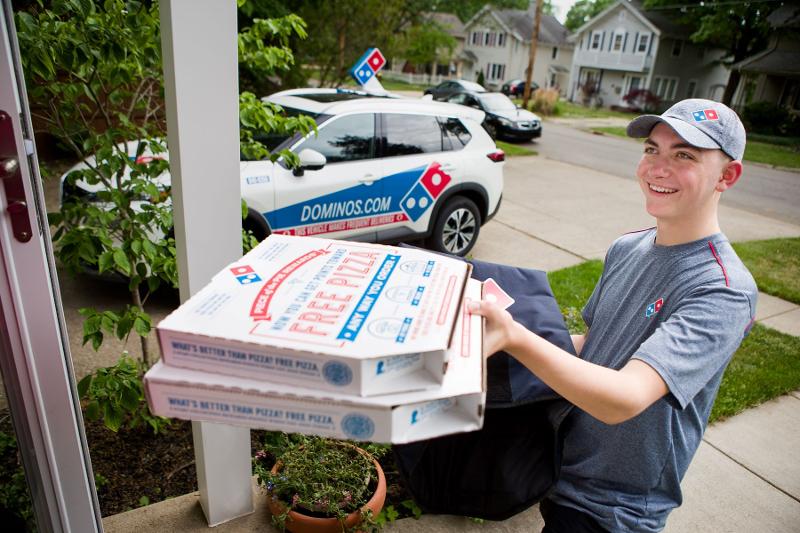 Domino's sales have been sluggish lately due in part to a shortage of delivery drivers./Photo courtesy of Domino's Pizza.

Domino’s Pizza on Thursday said that its international same-store sales declined 2.2% in the second quarter, ending a streak of 113 consecutive quarters of positive sales outside the U.S. that dated to Bill Clinton’s first term.

The Ann Arbor, Mich.-based company also said that domestic same-store sales declined 2.9%, the third such decline in the key reporting measure over the past four periods. Domino’s has been struggling with a severe labor shortage that has made it difficult for the company’s franchisees to find drivers—which has reduced service in many markets.

The company also suggested that it is struggling to keep pace with the last two years' sales results, which were fed in part by stimulus payments that led to outsized spending from many consumers. Domino’s has suggested that the end of those payments has resulted in slower spending.

“We continued to navigate a difficult labor market, especially for delivery drivers, in addition to inflationary pressures combined with COVID and stimulus-fueled sales comps from the prior two years in the U.S.,” CEO Russell Weiner said in a statement. He said the company and its franchisees have strategies that “make me confident we are on a path to overcome these short-term obstacles.”

Domino’s lost its streak of more than 10 years of quarterly same-store sales growth in the U.S. last year, largely because of the driver shortage. Indeed, on a cumulative basis, same-store sales are up about 17.5% over the past three years.

But its international sales had maintained, reaching 113 straight quarters in the first three months of 2022, one of the restaurant industry’s most impressive sales streaks. The company last reported a same-store sales decline in foreign markets in 1993. International same-store sales have been slowing, however, as those markets have opened and customers have shifted spending toward more traditional restaurants.

Domino’s stock was up slightly in pre-market trading on Thursday.