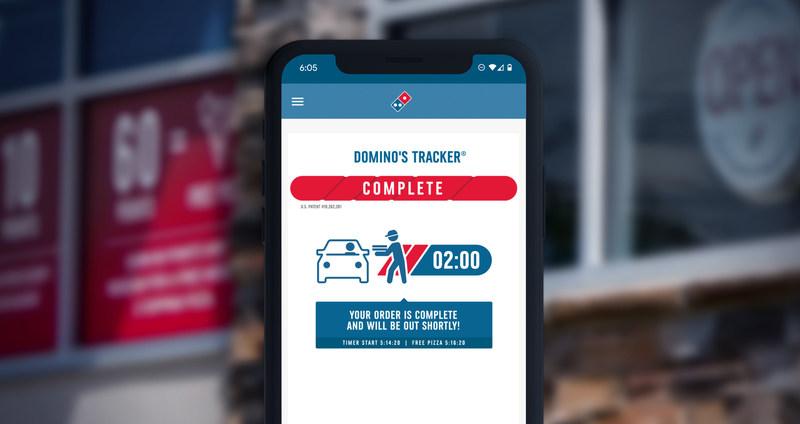 A reopened economy apparently didn’t phase Domino’s, thanks in large part to a business it has spent years developing: Carryout.

The traditional pizza delivery chain on Thursday said its same-store sales rose 3.5% in the second quarter, and 19.6% on a two-year basis, despite difficult comparisons and a strong return of dine-in business. A lot of that improvement came from carryout, which has been a major focus of the Ann Arbor, Mich.-based pizza chain for the past decade.

Executives on Thursday said that carryout traffic has returned to pre-COVID levels, even as delivery has remained strong. The combination sent the company’s shares soaring—they rose 14% through early afternoon trading and are up 41% year-to-date.

“We were pretty well back to where we were in 2019 on carryout orders, slightly positive,” Domino’s CEO Ritch Allison told investors. “We are in the first phase of that carryout order count growth resurgence that we’ve been thinking about and forecasting for a while internally.”

Domino’s main strength for years was its pioneering delivery business. But for much of the past decade it has worked to build a carryout business and compete more directly with its fellow Michigan rival Little Caesars.

Domino’s, which now operates more than 18,000 global locations, including nearly 6,400 in the U.S., has remodeled locations to provide a better in-store experience and is “fortressing” markets with additional restaurants in part to improve carryout sales. More recently it created “Carside Delivery” to bolster that business and compete more directly with fast-food chains that have drive-thru windows.

As investors worried that a return to normal would hurt delivery, executives insisted that carryout would come back and offset that loss.

Domino’s Carside service helped generate some of those sales. The company ran a promotion during the quarter guaranteeing that the pizzas would be brought out to customers’ cars within two minutes and, Allison said, the average was “well below” that mark.

“We look at Carside as a fantastic way to compete against the drive-thru,” Allison said. “While we’ve got pickup windows in a number of our stores out there, the reality is we’re never going to get to 100% pickup windows in Domino’s Pizza stores. So we’ve got to have a way to get the product out to the customer.”

The improved carryout business could help explain why Domino’s sales remained strongest in markets where the economy was reopened. “We saw higher sales growth in the second quarter in the markets with fewer COVID-related restrictions,” Allison said.

Allison suggested that less affluent customers are avoiding third-party delivery services because of the fees and are instead ordering from the lower-priced Domino’s. “To the extent that these third-party delivery fees get more complex and increase over time, the less affluent customer is absolutely going to feel a pinch on that,” Allison said. “These are not super wealthy folks and value’s really, really important to them.”