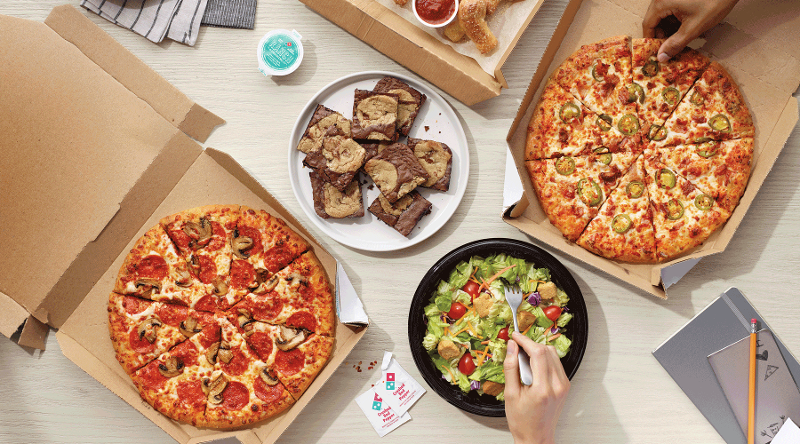 Domino’s U.S. same-store sales rose 3.5% in the quarter ended June 20, the company said on Thursday, as consumers continued to order pizza delivery even as they ventured out of the house for other meals more frequently.

The 3.5% growth was lower than the rate the Ann Arbor, Mich.-based pizza chain had grown accustomed to in recent quarters—same-store sales had averaged a 14.6% increase the previous four periods, for instance, when quarantined consumers increased demand for in-home meals.

Still, Domino’s came into the quarter facing some questions about comparisons. Domino’s same-store sales in the second quarter of last year rose 16.1% and consumers were dining out again, potentially reducing their use of delivery. On a two-year basis, however, same-store sales accelerated 460 basis points to 19.6%.

The results “demonstrated the power of our investments in innovation, our focus on food quality and superior service, and our dynamic franchisees who are dedicated to serving their local neighborhoods,” Domino’s CEO Ritch Allison said in a statement.

The company also continued adding locations. It added 35 U.S. locations in the quarter and 238 worldwide. The company now operates just over 18,000 global restaurants, including just more than 6,000 U.S. stores. It is on pace to overtake Pizza Hut in terms of the number of locations.

Revenues in the quarter rose 12.2% to $112.4 million, thanks to global same-store sales growth and new locations. Net income declined 1.7% to $117 million, or $3.06 per share. The lower net income was due to higher income taxes.