If Sam Polk gets his way, his Everytable restaurants will be literally everywhere in Los Angeles, as ubiquitous there as sunblock and traffic jams.

“In Los Angeles, we want at least 400 restaurants,” he said. “Wherever you go in L.A. there will be an Everytable restaurant around. And Everytable vending machines in offices, apartment buildings, universities, hospitals, mechanics shops. Our plan is to have at least 10,000 of those around the Los Angeles area. We’ll be completely ubiquitous.”

He has more funding to accomplish that goal. Everytable recently closed on a $16 million investment round. Investors in that round are notable, including Creadev, a Paris-based private equity firm, and Kaiser Permanente Ventures—a venture capital arm of the health insurance company. Other investors include Candide Group, Gratitude Railroad Ventures, Desert Bloom Food Ventures and Kimball Musk.

The funding will enable Everytable to “step on the gas pedal” with store expansion and its subscription delivery system as it builds its technology, Polk said. It will also lay the groundwork for the company to plot its first expansion outside of Los Angeles, possibly in New York and in San Francisco.

“The exciting thing for us is, we’re very well capitalized at a time when a lot of food businesses are struggling,” Polk said, noting that the company received $3 million from major foundations, including the W.K. Kellogg Foundation, California Wellness Foundation and the Annenberg Foundation, to help fund its social equity franchising effort. That effort seeks to help people of color open Everytable franchises.

Everytable’s mission is to bring healthy food to the masses, at prices on par with fast-food concepts like McDonald’s and Wendy’s. It offers a menu of prepackaged salads, wraps and bowls for $5.

Healthy, low cost fast food that people will eat is something of a holy grail for the restaurant business, yet Polk believes he’s cracked the code—using a model that removes much of the preparation outside of the restaurants, cutting severely on labor and overhead.

It’s also why Polk believes he can put these restaurants everywhere. “We figured out how to make healthy fast food work,” he said. “We are the only company in the country that has been able to figure out how to sell fresh, healthy food at less than the price of fast food. The sky’s the limit on how big we can get.” 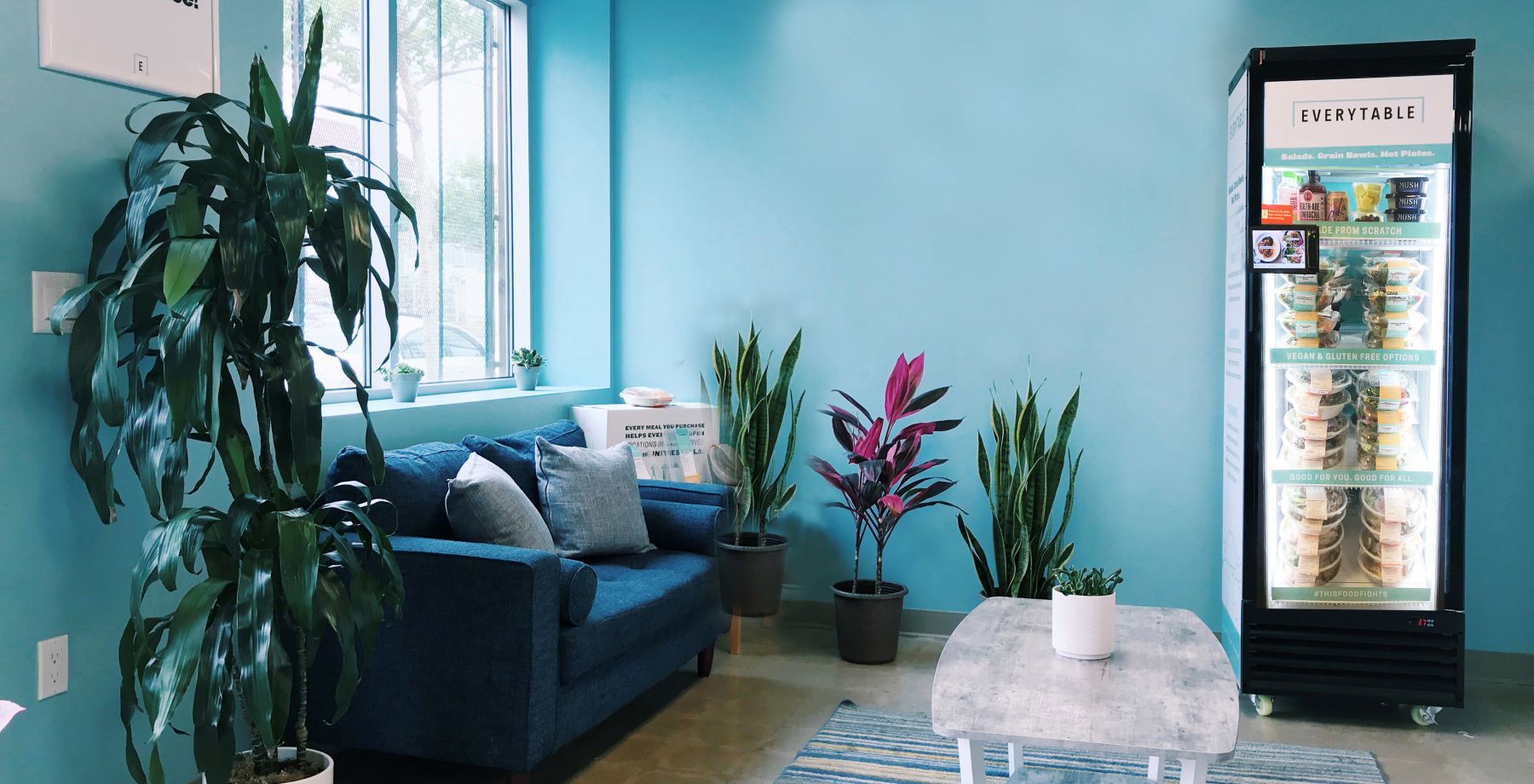 Polk grew up for Los Angeles but went to college in New York and went to work on Wall Street, where he ended up as a trader for one of the city’s largest hedge funds. He opted to change his trajectory after reading Taylor Branch’s books on Martin Luther King. He went back to Los Angeles and did volunteer work.

“I didn’t want to stay on the sidelines,” he said.

Polk then watched documentaries about food on Netflix and grew concerned about health disparities in underserved communities. In 2013 he helped found what is now called Feast, a nonprofit aimed at addressing these issues by working with parents.

But Polk also realized that there was a disconnect in pricing between processed food and fresh, healthy food, or “why a burger and fries was $5 but a salad was $15,” he said. The answer was not in the ingredient costs, he said.

“The answer is perishability,” Polk said. “The largest companies are so large. They figured out how to use their incredibly efficient structure—centralized production, national distribution—to make things cheaper.”

Everytable takes that centralized production strategy and brings it to the restaurant business on a larger scale. The concept’s menu features salads, bowls and wraps that are largely made at a centralized facility and then distributed to the restaurants or the vending machines and “smart fridges.”

That’s not the only thing that makes Everytable different. The company is starting with a subscription program with meals delivered weekly. It will put its vending machines in offices and will cater meals. It is also working on an omnichannel loyalty program.

“We want people to access a healthy meal wherever they are,” Polk said. “We want to get our food as close to consumers as we can possibly get.”

Which brings us back to the ubiquity that Polk wants. Does he worry about being too ubiquitous? After all, many a restaurant chain—even one with a new business model like Everytable’s—has expanded too quickly and outgrew its market and then collapsed.

“Hopefully we get to the point where we worry about it,” Polk said. “but the thing about our model is it can be profitable at much lower revenue models. We’re sort of like a more efficient Subway.”