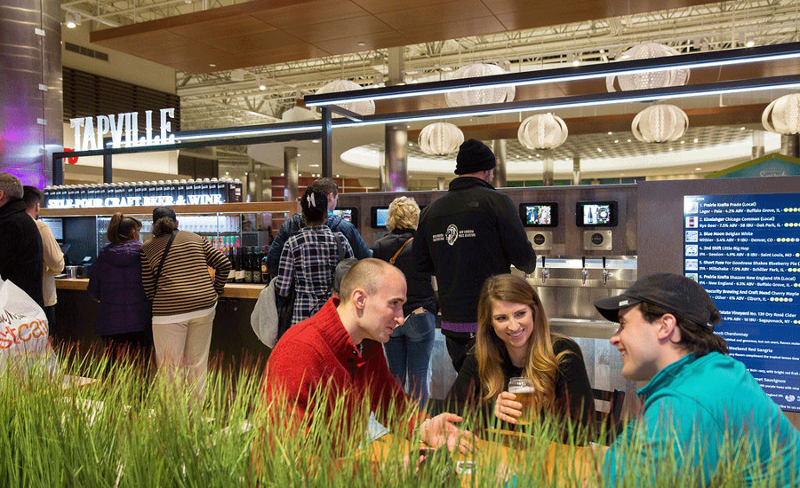 When Joseph Tota struggled to get financiers to help fund his self-serve beer franchise, Tapville Social, he turned to a natural ally: His customers.

The Chicago-based concept has grown popular, and many of those customers have asked to invest. So, when the pandemic made financing more difficult, Tota decided to give them the opportunity, with an equity crowdfunding campaign through StartEngine. The campaign has raised $275,000 thus far.

“Right now it’s been pretty hard to get meetings,” Tota said, noting that Tapville was able to get a first round of funding from some private investors. “We were trying to do another round, trying to get traction with franchising. But if you think back to March and April and investing in restaurants wasn’t a priority. This was a better option for us to raise capital.”

Crowdfunding has been a popular method for raising money for new businesses for more than a decade. Equity crowdfunding, in which companies use crowdfunding strategies to find investors, has been slower to take hold.

Yet the pandemic could be giving this strategy some new life, as traditional funding sources like banks and investment groups dried up, while customers have expressed a strong willingness to support local restaurants.

“Consumers are out there,” said Dennis Monroe, attorney with the Minneapolis law firm Monroe Moxness Berg, who has long worked with multi-unit restaurant operators. “And consumers do want to support their restaurants. Because they have spending money.; They’re flush with cash. So I think there’s an opportunity for restaurants to do some crowdfunding and shore up some of their positions.”

Monroe was talking about “reward crowdfunding,” in which restaurants provide certain rewards to customers who donate a little money. But “equity crowdfunding,” which is regulated and provides the donors with a piece of ownership, has seen a surge in interest during the pandemic.

Venture capital and private equity firms have largely pulled back on funding, either due to risk aversion or because they’ve been focused elsewhere. Venture capital investment rounds have dropped by 44% since the pandemic, according to Crunchbase.

As such, more entrepreneurs have started targeting smaller investors, hoping that customers or other backers can become investors. According to data from StartEngine, companies raised $48.2 million through equity crowdfunding sites from April through June, up 44.7% from the $33.3 million raised in the first three months of the year. To date, companies have raised $360.6 million through federally regulated crowdfunding.

There are certainly risks to the strategy. First, companies can only raise $1 million per year through this route. Companies also have to make their financials available to potential investors. What’s more, a failed fundraise becomes a matter of public record and could make it more difficult to raise funds in the future. And it can be difficult to deal with many small investors.

There are risks for the investors themselves, too. Foremost is that these businesses are typically small and relatively new, which means their failure rate could be high, and then the investments are lost.

But there are certainly some advantages for the companies that are raising money. It keeps the business owner in control, for instance. And the crowdfunding investors suddenly become major champions of your brand. That can help bolster it over time.

“You’ve built this group of brand ambassadors who have a vested interest,” Tota said. “I’d rather have a lot of smaller investors than a single big investor.”

Tota founded Tapville Social five years ago. The former management consultant knew at the time that he wanted to franchise the concept. “Right now, there’s really no self-pour, self-service franchise,” he said. “We’re kind-of the first.”

Tapville has more than 500 investors who have invested an average of $500. Those investors will get dividends as the business grows and will have an opportunity to exit their investment if Tapville is sold.

The company has raised $275,000 thus far and plans to use the funds for marketing and sales as well as operational support. Tapville has signed a dozen franchise agreements over the past 18 months. The company is giving the operators time to find new locations. “We just have to get through the fourth quarter and into the first and second quarter next year,” Tota said. “There will be a big shakeout in the industry. Then there’s going to be a lot of opportunity for growth.”