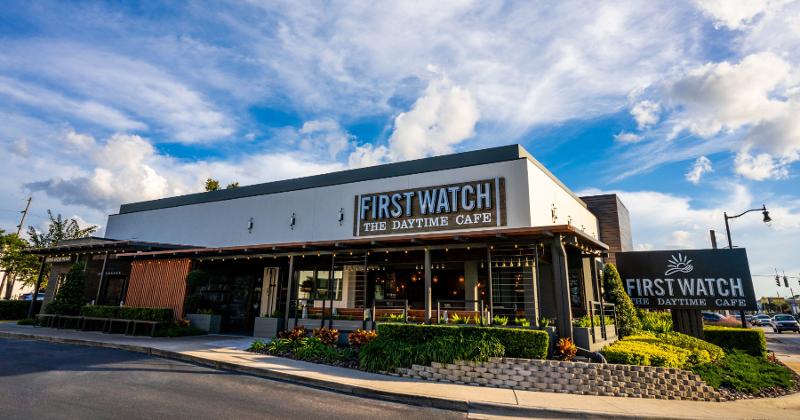 If you’re wondering whether the U.S. is headed for a recession—or even already in one—you won’t get much help from First Watch.

The 449-unit breakfast-and-lunch chain continued to see strong consumer demand in its most recent quarter, driving same-store sales up 13.4% year over year on an 8.1% traffic increase.

Unlike many of its full-service counterparts, which have reported softening sales and traffic in June, First Watch said transactions were consistent throughout the quarter and grew in all three periods.

“In times like this is when the consumer’s looking for quality and consistency,” CEO Chris Tomasso told analysts Tuesday morning. “We really believe in the differentiation of the brand and our offering and the fact that we’re an affordable luxury.”

The strong results prompted First Watch to update its outlook for the year. It now expects annual same-store sales growth of 13% to 15%, up from the low single digits, and revenue growth of 20%, up from 15%.

First Watch’s traffic growth goes to the core of the brand, Tomasso said: Its fresh ingredients and innovative menu items as well as its focus on service are “all resonating with the consumer.”

As customers continue to flock to its restaurants, they’re also spending more: Menu mix was up in the low single digits for the quarter. Executives highlighted First Watch’s LTOs such as the seasonal barbacoa quesadilla Benedict as well as its fresh juice program for that growth.

And the chain believes there is more room to improve on the menu—particularly on the alcohol side. More than 75% of the chain’s restaurants now serve booze, and alcohol’s share of sales has increased to 6.5% from just under 4% over the 16-month rollout.

“We’re really excited about the opportunity around alcohol and beverages in general,” Tomasso said.

While the Bradenton, Fla.-based chain has apparently been immune to consumers’ economic woes, it has struggled with commodity inflation along with most other restaurants. Egg costs in particular have posed a challenge, with a worldwide avian flu outbreak leading to a spike in costs.

To help offset some of the inflation, First Watch raised prices 3.9% in July, bringing its total pricing for the year to just under 8%.

The chain has historically been cautious about price hikes, and executives said they did not expect a negative impact on traffic from the increase. Tomasso pointed out that food-at-home inflation continues to outpace restaurant menu prices.