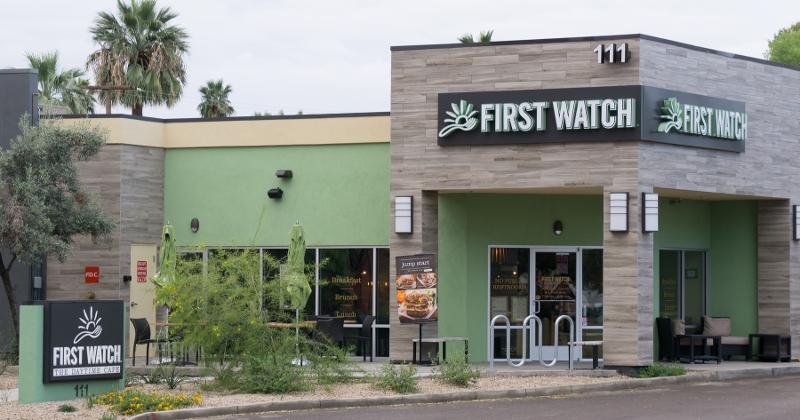 First Watch set a price range for its share for its upcoming IPO at $17 to $20./Photograph: Shutterstock

First Watch on Wednesday priced shares for its upcoming initial public offering at between $17 and $20 per share, a price that could help the breakfast-and-lunch chain raise as much as $218 million.

At $20, the company would be valued at more than $1 billion.

The 423-unit chain will be the third restaurant company to go public this year and hopes to get the investor enthusiasm generated by Dutch Bros, which went public earlier this month and has doubled in value since.

The company plans to sell nearly 9.5 million shares at its IPO. At the midpoint of the range the company would raise $175 million. But the fundraise could get to $218 million if underwriters exercise their option to buy more shares.

First Watch plans to use the funds to pay off debt. The company has $294 million in total debt.

First Watch is a unique type of family dining concept that sells only breakfast and lunch from restaurants open from 7 a.m. to 2:30 p.m. Despite this, it generates $1.6 million in average unit volumes, only slightly lower than the 24-hour Denny’s.

The company added alcohol service during the pandemic and integrated technology into its restaurants, all but 88 of which are company-owned. First Watch generated $35.2 million in adjusted EBITDA, or earnings before interest, taxes, depreciation and amortization, in the second quarter. First Watch plans to trade on the NASDAQ Stock Exchange under the ticker symbol FWRG.

Several companies are planning or considering IPOs this year, including both Portillo’s and Sweetgreen, which have privately filed their IPO documents.