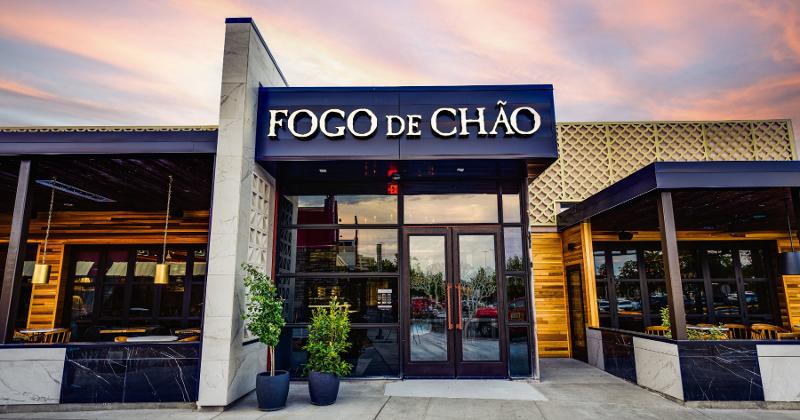 The 60-unit chain on Wednesday filed papers for an initial public offering, citing its unique service style in which meats are carved tableside that has helped it generate strong unit economics coming out of the pandemic.

The company had not yet determined its price per share or the number of shares it will offer.

Fogo de Chao's menu centers on grilled, seasoned meats cooked churrasco-style on skewers and then carved at the table by the chefs, known as gauchos. Customers can try up to 16 different meats in an all-you-can eat format for a fixed price of $54.95.

That service model allows its restaurants to run more efficiently: Tables are turned faster because guests can start eating as soon as they sit down, ordering at their own pace from gauchos circulating the dining room. Because its chefs take orders, cook and serve the food, labor costs are lower. And the fixed-price menu helps reduce food waste and eases kitchen operations.

The pandemic did a number on Fogo's large and experiential restaurants. But traffic, unit volumes and operating margins have all come back strong in the past year, according to an IPO prospectus filed with the SEC.

For the 52 weeks ended Oct. 3, Fogo's average unit volumes were $7.9 million. Restaurant contribution margin was 30% in the 39 weeks ending Oct. 3. Both figures were  on par with Fogo's pre-pandemic levels of $7.7 million and 28%, respectively.

Same-store sales turned positive in March compared to 2019 and have been up in double digits since. Comps from August through October rose an average of 34.7% on a two-year basis.

During the pandemic, Fogo launched a takeout program and expanded its catering service, both of which have become "important and permanent" revenue streams.

The Plano, Texas-based chain first went public in 2015, but struggled to win over investors, with shares rarely trading above $15. It began to look for alternatives and was ultimately sold to private-equity group Rhone Capital for $560 million in the spring of 2018.

It said it plans to use funds from the IPO to pay off $344.2 million in debt. It expects to trade on the New York Stock Exchange under the ticker symbol FOGO.

The chain is the latest to join an extremely active IPO market for restaurants. Four chains—Portillo's, First Watch, Dutch Bros and Krispy Kreme—have gone public this year, and Sweetgreen and Panera Brands are planning to. Though the offerings have been numerous, investor response has been more muted than in the past.

Fogo de Chao was founded in Brazil in 1979 and made its U.S. debut in 1997. It has grown to 60 restaurants, 46 of which are in the U.S. across 21 states, Washington, D.C., and Puerto Rico. The remaining 14 are in Brazil, Mexico and the Middle East. Its international restaurants are primarily franchisee-operated.