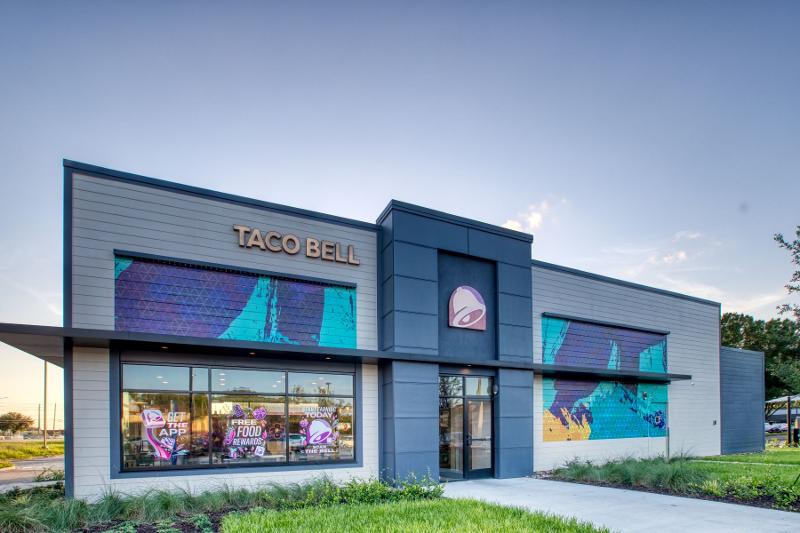 Yum Brands believes each of its brands could potentially double their unit count over time. / Photo courtesy of Taco Bell.

If you would like a Taco Bell, KFC, Pizza Hut or a Habit Burger closer to your home, wait long enough and you will probably get it.

That’s if executives with parent company Yum Brands have anything to do with it. The Louisville, Ky.-based brand operator on Tuesday increased its long-term unit-count growth projections to 5%.

More to the point, executives said they believe there’s enough white space for the company to add 100,000 global restaurants to the 54,000 locations its chains already operate. And that’s without any additional brand acquisitions.

“We think we can add an additional 100,000 restaurants,” Yum Brands CFO Chris Turner said in an interview. “We think all brands should be growing.”

A growth rate of 5% for a company that operates mostly established, legacy brands is no small feat, but at the same time it’s almost a low bar at this point. With 54,000 restaurants, 5% is 2,700 locations.

The chain added 3,100 net new units in 2021, likely more than any other restaurant company in a single year in history. And company executives told investors on Tuesday that the company’s brands could well beat that number in 2022.

The company believes there is plenty of room. “We really believe every one of our brands can double their store count over time,” CEO David Gibbs told investors.

Unit count expansion is a prime goal for Yum Brands, so much so that the company gave its top executives bonuses if they meet unit count growth goals. Yet there is only so much the company can do to add units, given that franchisees own 98% of them.

But company executives believe that the company’s restaurants generate a strong enough return to encourage development, even in the face of rising interest rates. Eighty percent of KFC locations have a payback of four years or less, executives said. “Even if interest rates remain elevated they’re still getting a strong return,” Turner said.

They also noted that the typical franchisee is large and well capitalized. The average franchisee runs 35 restaurants. But the top 5% of its franchisees operate 70% of its restaurants and are actively building.

The biggest challenge to growth, Turner said, is opportunity. “Generally, they’re concerned that they have access to more development opportunities,” he said, noting that the company’s franchisees have access to capital to grow. “Yes, interest rates are rising a little bit, but not to the point where that’s going to materially impact their ability to develop.”

Much of the company’s unit growth could come from Taco Bell, and not just internationally.

Mark King, CEO of the Mexican fast-food chain, noted the chain has just about 7,000 U.S. locations, compared with more than 13,000 for McDonald’s, the country’s largest restaurant chain.

“We believe that as we grow [average unit volumes] and margins stay strong, there would be no reason we couldn’t have the same number here in the U.S.,” King told investors.

But much of Taco Bell’s growth would come outside the U.S., where the brand is generating strong development momentum. There are only four countries, Spain-Portugal, the U.K., India and, soon China, where the chain has even 100 units, and none of them much more than that.

Taco Bell’s international development for years took a back seat to sister chains KFC and Pizza Hut. Those brands featured menus that more easily translated into international markets than did Taco Bell’s Mexican. “Taco Bell takes another round or two of trial,” Turner said.

At the same time, Taco Bell named Julie Felss Masino president of international in 2020 and she since then has installed a new expansion strategy in global markets. The brand is focused on opening more locations in specific markets to more quickly get enough scale to build better supply chains and invest in marketing.

The brand expects to finish this year with 1,000 global locations. And Masino said the chain expects a lot more. “We’re only in 31 markets today,” she told investors. “If you just look at the 150 markets that Yum operates in around the world, there’s just so much white space there. There’s multiple thousands [of restaurants] still available to be built there.”

Both KFC and Pizza Hut are international powerhouses. KFC is one of the biggest chains in the world, with 23,000 restaurants outside the U.S. Pizza Hut operates nearly 12,000 international locations.

In both cases, however, their U.S. brands have struggled. KFC’s U.S. unit count had declined for years until it grew the number of restaurants domestically in 2021 for the first time in 17 years. Pizza Hut likewise is on track to add new locations for the first time since 2014. The chain in recent years had seen more closures amid sales challenges and its shift away from its traditional dine-in locations.

And many of Pizza Hut’s new locations are coming from franchisees that are new to the brand and well-capitalized. That includes Flynn Restaurant Group, which became the chain’s biggest operator last year with its acquisition of some 900 locations owned by the bankrupt NPC International.

“Sixty five percent of our U.S. restaurants are in the hands of franchisee owners that have joined us since 2015,” Aaron Powell, Pizza Hut’s CEO, told investors. “Ninety percent of our gross builds are with those new franchisees. We have brought into the system some well capitalized, very capable, very committed franchisees.”

Between those two brands, the growing, 300-unit Habit Burger and Taco Bell, Yum believes a good amount of its growth will be domestic. “We’re not done building stores in the U.S.,” Gibbs said.