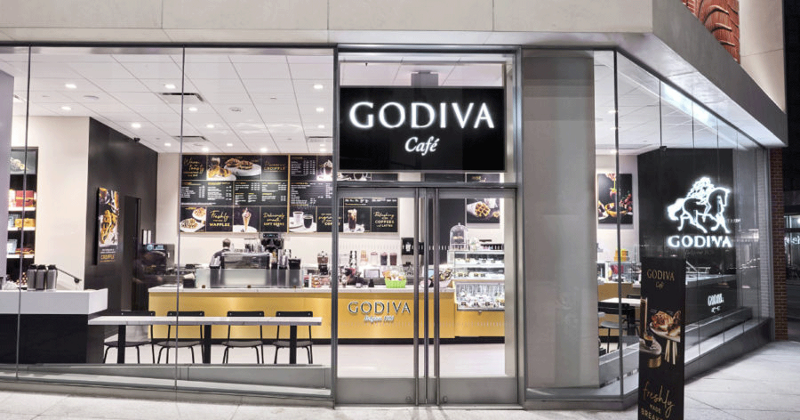 Godiva is closing its U.S. cafes as part of a massive closure of its North American retail outlets, the company said late last week.

The company will either close or sell all 128 locations by the end of March, including all of the company’s U.S. locations. The closure will include seven locations that featured a full café menu less than two years after the first location was opened.

“Our brick-and-mortar locations in North America have had a clear purpose since we first opened our doors in this market, to provide an in-person experience for consumers to enjoy the world’s most exquisite chocolates,” CEO Nurtac Afridi said in a statement. “We have always been focused on what consumers need and how they want to experience our brand, which is why we have made this decision.”

The company did not say how many employees will be affected by the decision. Godiva is keeping its retail operations open in Europe, the Middle East and China.

Still, it’s a major shift for the company, which opened its first café concept in New York in 2019, seeking to replicate a model that worked in several other countries. The cafes feature sweet and savory menu items, such as the Croiffle, a croissant pressed in a hot waffle iron.

The company had big plans for the concept, with 10 additional locations planned for 2019 and up to 2,000 locations around the world and more than 400 for the Americas.

But Godiva itself has been undergoing major changes recently. Afridi was named CEO in December, for instance, and quickly opted to go away from the company’s brick-and-mortar strategy. The company has focused on selling its chocolates online.

Godiva also noted that consumers’ shopping patterns shifted away from in-person visits during the pandemic.

“Of course, this decision was difficult because of the care we have for our dedicated and hard-working chocolatiers who will be impacted,” Afridi said.