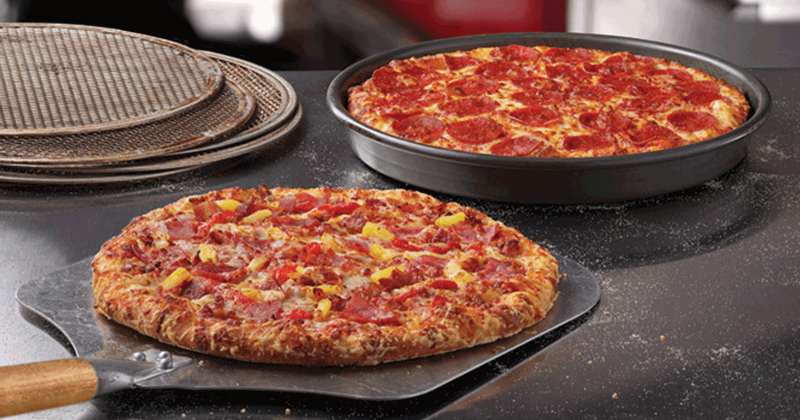 Domino’s on Thursday said its same-store sales rose 17.5% in the U.S. in the third quarter ended Sept. 6, the strongest result since the company’s 2004 initial public offering.

That didn’t result in better margins. The company spent $11 million on coronavirus-related charges for more sick pay and other benefits along with cleaning supplies. It also paid more for food, as surging prices for cheese and other commodities hit the Ann Arbor, Mich.-based company’s profitability.

The wholesale price for a pound of mozzarella cheese in the Midwest was as much as $3.69 per pound last week, according to data from the U.S. Department of Agriculture. In April, they were as low as $1.18.

The news drove down Domino’s stock price by nearly 8% in morning trading on Thursday, and also sent other pizza company stocks down with it—rival Papa John’s stock was down nearly 3%.

“Our food basket was up significantly in Q3,” CFO Stu Levy said on the company’s third-quarter earnings call Thursday.

He noted that the company’s food costs decreased 1.2% in the second quarter—and then increased 3.8% in the third quarter, a 500-basis-point swing, driven largely by the price of cheese. But Levy said there was “similar volatility in other commodities.”

The result of those high prices was lower profit margins. Domino’s operating profit margin was 37.4% of revenues in the third quarter, down from 38.5% in the second quarter.

Domino’s executives also warned that many of its higher costs will continue as long as the pandemic does, specifically noting higher sick pay and other benefits to support employees, as well as cleaning and other costs.

“As long as we’re operating in a pandemic environment, we do expect to see an elevated level of operating costs in the stores,” CEO Ritch Allison said.

He called the costs, including higher pay for frontline workers, “the reality of operating in a pandemic environment.”

Still, the unexpected margin pressure offset what was a remarkably strong quarter for Domino’s.

It was the chain’s 38thstraight quarter of positive U.S. same-store sales, a run that has included several quarters of double-digit results. This period bested all of them and was the company’s best quarter dating back to at least 2004, when the company went public.

Domino’s was able to generate those sales “without running any aggressive promotions,” though it recently reconfigured its chicken wing recipe and introduced a pair of new specialty pizzas, including a Cheeseburger pizza and a Chicken Taco pizza.

Domino’s strong quarter came as consumers have stayed home and ordered pizza delivered to their homes—delivery sales have surged throughout the U.S., providing a major tailwind to any pizza delivery chain as well as to third-party delivery providers.

One of the chain’s primary focuses now is on service. The company believes it has to improve service to remain competitive in a hot delivery market, and Allison acknowledged that its delivery times slipped early in the pandemic as customers flocked to delivery. But service has improved since.

“When volumes jumped, we slipped in our average delivery times,” Allison said. “We’ve improved our service and have gotten back to as good or better than we were pre-pandemic.”