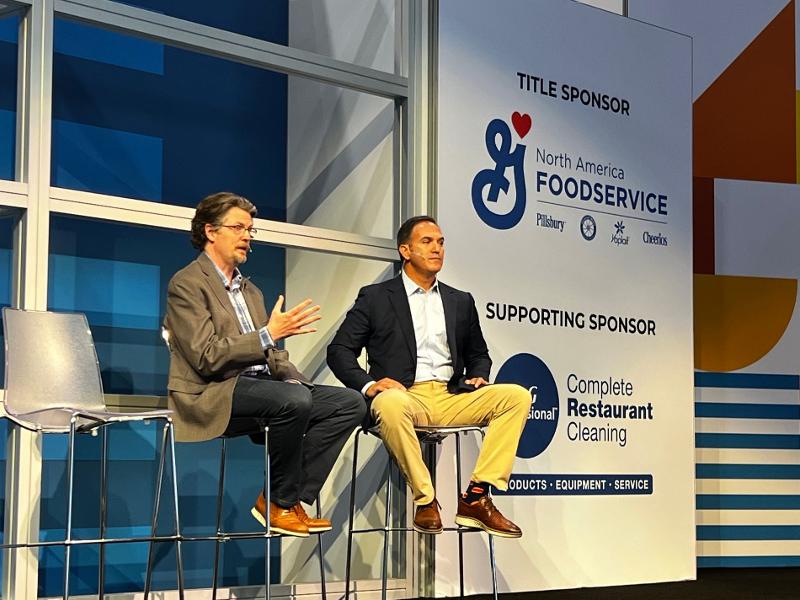 There’s an art and a science to raising menu prices.

For Restaurant Brands International CEO Jose Cil, that calculus leans a bit more toward the art of things.

Consumers are central to pricing decisions, Cil said. And it's likely some Burger King franchisees have been too aggressive in their price increases, he said. RBI is also the parent of Popeyes, Tim Hortons and Firehouse Subs.

“We’ve had cases where we’ve gone a little too far,” he said, noting that some value-minded consumers are being pushed away by higher prices. “It’s hard to come back. When was the last time you saw anybody in the restaurant space take price back?”

But with food costs soaring and wages rising, what else is there for a restaurant to do but bump up prices?

For example, Burger King’s Whopper was long available on the chain’s two-for-$5 menu. With prices rising, Burger King changed that to a two-for-$6 deal.

But “that diluted the value perception” of the burger chain’s flagship sandwich, said Cil, who was named 2021’s Restaurant Leader of the Year by Restaurant Business.

So, Burger King removed its iconic Whopper from that twofer deal, added a couple of different burgers and dropped the price back down to two-for-$5.

“That shift was well received by consumers and it improved store operators’ margins by 100 basis points,” he said.

As operators see costs increasing, they get scared and want to make major pricing moves. That’s a bad idea, he said.

“It’s better to take small steps and do so frequently than to take one big swipe at it,” said Cil, whose company runs 29,000 locations in 120 countries.

At RBI, there are pricing discussions almost every day, with regular tests of different pricing models throughout the company’s brands. Grocery inflation has increased so swiftly that shoppers are starting to decrease their visits to stores and how much they purchase, he noted.

“It’s really important to always think about things from a consumer standpoint,” Cil said. “You can’t get too far ahead of your skis on pricing with the consumer.”