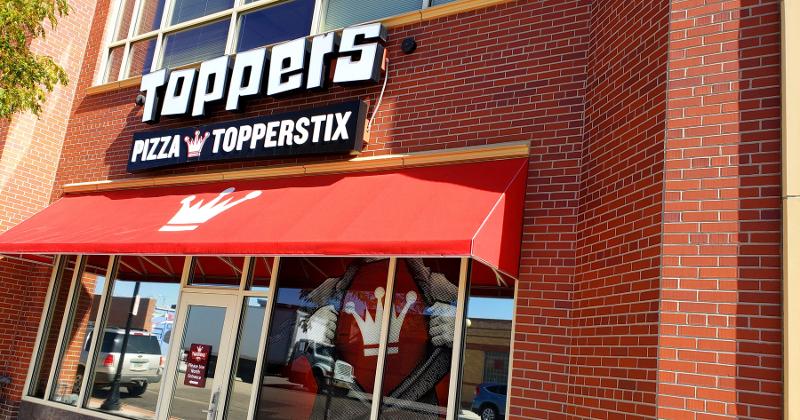 The “long-term minority equity investment” came from Great Plains Capital LLC, an investment firm based in Oakbrook Terrace, Ill. The amount of the funding was not disclosed, but Toppers said it will use the money to speed up its growth plans.

The quick-service pizza chain currently has about 70 locations, with plans to open up to a dozen stores next year and up to 30 locations each of the two following years.

“I couldn’t be more excited about our partnership with Great Plains Capital and the impact they will have on our ability to grow—now is our time,” Toppers Pizza CEO Scott Gittrich said in a statement. “Throughout our 30-year history, consumer demand for delivery, technology, smaller restaurants, and ‘better’ food concepts has continued to grow steadily every single year. The COVID-19 pandemic effectively jolted those trends forward even more. Now, Toppers is perfectly positioned to grow significantly in the next few years.”

The quick-service chain, known for its late-night hours and indulgent bread sticks, reported 13 consecutive quarters of same-store sales increases. Toppers said nearly three-quarters of its systemwide sales come through its digital platform and 70 percent are generated through its self-delivery operation.

Toppers, which was founded in 1991, also sells wings and desserts.

In 2017, the chain pulled out of the Illinois market. The bulk of its units are in Wisconsin and Michigan.

Toppers had total sales of $62.6 million in 2020, up 7.9% from the previous year, according to data from Restaurant Business sister firm Technomic.