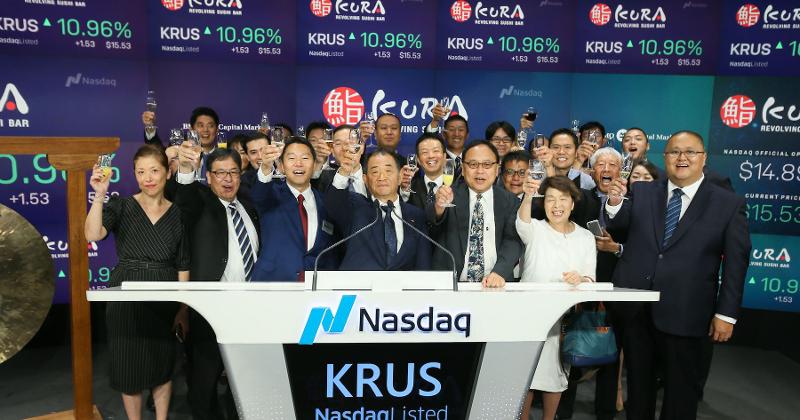 Thursday was a good day for Kura Sushi USA. And maybe for the restaurant industry, or at least those growth chains with an eye on an IPO.

The chain of 22 revolving sushi restaurants raised $41 million in an initial public offering Thursday and then watched as the stock soared 40% on its first day of trading.

It was the first IPO in the restaurant industry in four years, and the smallest concept to go public in a traditional offering in far longer. Kura Sushi USA, a subsidiary of 400-unit Kura Japan, generated just $4.5 million in adjusted EBITDA, or earnings before interest, taxes, depreciation and amortization.

“We’re pretty happy” with the IPO, CEO Hajime “Jimmy” Uba said in an interview. He said the company plans to use the proceeds from the offering to help it expand. Kura Sushi believes it has the ability to grow to nearly 300 restaurants in the U.S.

That was the lower end of its expected range of $14 to $16, but there was plenty of interest on Thursday after trading began as shares soared past $19. 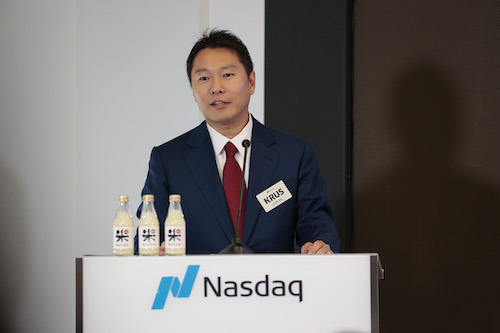 Kura is one of the most unique companies to go public in a long time. The company is highly tech-dependent. In addition to the conveyor belts that deliver sushi to tables, allowing customers to take what they want, it uses touch screens that enable customers to make specific orders that are express-delivered.

In the back, the restaurants use robots to make the sushi. Kura also uses RFID readers and food replenishment algorithms to reduce labor and food costs.

That shields the company somewhat from growing labor costs that are proving to be a risk for many publicly traded chains at the moment.

Average unit volumes are about $3.5 million, and same-store sales have risen in 10 of the past 11 quarters.

The company’s menu features 140 dishes, most of which are priced below $3, even though average check was more than $19. The low price points of individual menu items make price increases seem like less of a problem while also giving customers more control over how much they spend.

The IPO is giving Kura Sushi more attention for its attributes, which the company believes will help it as it looks to grow. “That’s what we expected,” Uba said. BMO Capital Markets and Stephens were the joint bookrunners for the IPO.

The success of the offering, despite its relatively small size, will likely raise eyebrows in an industry that has been devoid of traditional IPOs since Wingstop and Fogo de Chao both went public in 2015.

Many of the chains that went public from 2013 to 2015 have struggled, notably Noodles & Co. and Potbelly, while some have gone private, including Papa Murphy’s, Bojangles’, Zoes Kitchen, Fogo de Chao and, soon, Del Frisco’s Restaurant Group.

That has scared many bankers and investors off of such offerings. What’s more, bankers typically don’t take public companies looking to raise a small amount like the $40 million Kura raised.

That it was able to orchestrate an IPO, and then get a welcome reception from investors, could well reopen the market for small chain offerings.