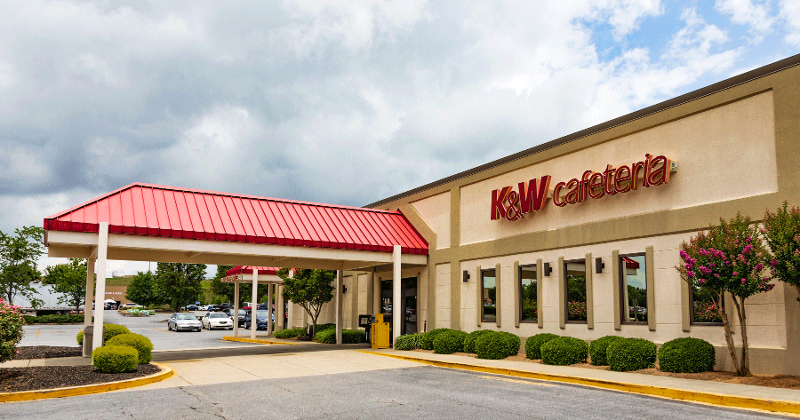 K&W Cafeterias, a 73-year-old North Carolina-based cafeteria chain, declared bankruptcy earlier this month as it seeks to close about a third of its locations.

The chain, based in Winston-Salem, N.C., went into the pandemic with 28 locations, all but eight of them in North Carolina. The company has closed nine of the locations during the pandemic, according to court documents in its Chapter 11 bankruptcy filing.

K&W has more than $10 million in secured loans. It also received $6.7 million in Paycheck Protection Program funds that it expects to be forgiven, according to a bankruptcy court filing.

The company says that it expects to explore a potential sale of its existing locations, “individually and/or as a group, should market conditions permit a sale at fair value,” according to the court document.

K&W also plans to explore a more traditional reorganization of its business, which could enable a sale “at a later date.”

The company plans to use the bankruptcy process to reject leases from locations it closed.

K&W is only the latest cafeteria chain to combat struggles during the coronavirus—Luby’s Cafeteria, for instance, is being sold off as part of a liquidation strategy by its owner, Luby’s.

Buffet chains, meanwhile, have also struggled as the dine-in business cratered beginning in March. Souplantation and Sweet Tomatoes, for instance, opted to declare a Chapter 7 liquidation and shutter its chain completely.