It’s true that music can make or break the vibe at a restaurant. Whether creating that atmosphere is worth the splurge on a music service or not depends on the restaurant and resources. 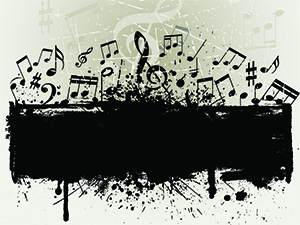 Music services usually include an initial investment in equipment, which can range from $1,000 to $5,000 per location, as well as monthly fees of $100 to $200. These services offer a range of music and some will update playlists regularly. Hooking up an MP3 player will cost less, but it’s a greater time commitment to make your own playlists.

Pamela Friedl, head of restaurant and international development for New York City-based Altamarea Group, which manages 13 restaurants, says when her restaurants were starting out, iPods were the easy way to go. As the group added concepts, the benefits of using a service became clear.

To implement the music system in its seven New York City restaurants, the group spent (with preferred pricing) less than $1,000 on the players and less than $1,000 a month for playlist updates.”

“We’re directing the library to eventually have 10,000 songs,” says Friedl. The aim is to not hear a song repeated for five days. Managers also may edit playlists monthly, based on which songs or artists worked well.

At Chicago’s Big Star, Ben Fasman, manager and beverage director, says music was central to the concept. “[It] grew out of a musical movement that migrated from Texas to California in the late ’30s and early ’40s,” Fasman says. “We play only vinyl. Our collection has expanded from just country to all kinds of Americana music.”

Big Star’s managers initially pilfered their own record collections for the restaurant. Now, Fasman says, managers can pull from about 700 to 900 records. He estimates the restaurant has spent no less than $6,000 on records over the years. “We buy from local shops. For the most part, we’re talking about records that aren’t all that pricey to get our hands on.”

“Music really influences the vibe of the place,” says Fasman. Our cocktail list and food are great but people come to Big Star just as much for the experience and the atmosphere.”

Charleston, S.C.-based Maverick Southern Kitchens restaurant group uses both music services and self-made playlists in its seven restaurants, says David Marconi, director of operations. Its High Cotton concept also has live music every night and during Sunday brunch; a perk he estimates costs more than $150,000 a year. Why do it? “It’s an interesting component to the whole dining experience,” Marconi says. “It’s definitely added value for the customers.”