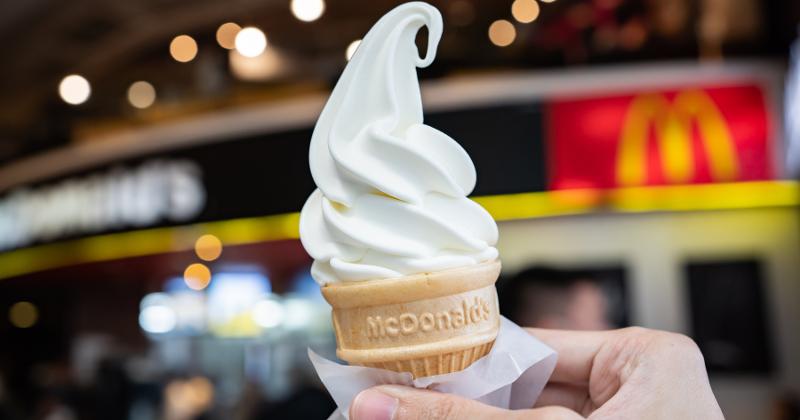 On Wednesday, the Wall Street Journal reported that the U.S. Federal Trade Commission has been looking into issues over the infamous machines—which are notorious for their breakdowns. McDonald's said that it has “no reason to believe” it is the subject of an actual investigation.

Yet the prospect of an FTC inquiry into ice cream machines and their repair highlights one of the more frustrating issues to McDonald’s operators, who say that attention being paid to the status of the machines is just as much a problem as the machines themselves.

To be sure, the ice cream machines are a problem and when they break, consumers can’t get McFlurrys or ice cream cones. Operators say they break down sometimes soon after they buy new ones. Franchisees then go through their maker, Taylor Commercial Service, to get them fixed. Repairs in 2017 alone cost McDonald’s franchisees $80 million, according to legal documents.

The machines have changed little over the past three decades and operators complain they are too complex. “We just need a simpler machine,” one franchisee said.

Owners call it an embarrassment that the biggest restaurant company in the world—one known for the control it wields over its supply chain—would let a problem on something as simple as ice cream to be a continuous concern.

Franchisees say machine breakdowns generate more attention than any other issue within their restaurants. The machines have been generating customer complaints for years and have garnered considerable media attention in the process. Social media feeds off that.

The company is the subject of jokes from everyone to late-night talk-show hosts to its own social media account, not to mention numerous competitors like Sonic and Wendy’s. There is a website, called “McBroken, dedicated to helping customers determine whether their local ice cream machines work—according to the site, more than 11% of the machines are “currently broken.” Stories about the ice cream machine problem abound.

Kytch makes a device designed to help franchisees determine when their machine needs repair. In its lawsuit, Kytch said that its device was increasingly popular among operators—to the point that the company was kicking off a $10 million fundraising round last year that would have given it a $50 million valuation.

It accused Taylor of stealing Kytch’s trade secrets to make their own, similar device, costing Kytch “untold millions” of dollars.

Taylor, for its part, denies the accusations that it stole the information. It also accuses Kytch’s founders of “litigating this case through the press” and arguing that the company’s founders did a press tour accusing Taylor of wrongdoing. Kytch won a restraining order against Taylor last month.

According to the Journal, the FTC has sent letters to the chain’s franchisees asking for information on the machines and their repair. That could be a signal that the commission is looking harder into franchising issues or right-to-repair concerns or both.

All of which begs the question: Why doesn’t McDonald’s simply develop a new ice cream machine?

Reports that one has been on the way date back to at least 2017. Sources tell Restaurant Business that there is work going on behind the scenes on a new machine that promises to result in fewer breakdowns.

The company itself would not confirm whether a new machine is coming. But McDonald’s did say it is working on the problem. The company said it has a dedicated team looking into the issue and has provided new training resources for employees to provide maintenance checkups to prevent breakdowns in the future.

“Nothing is more important to us than delivering on our high standards for food quality and safety, which is why we work with fully vetted partners that can reliably provide safe solutions at scale,” the company said in a statement. “McDonald’s has no reason to believe we are the focus of an FTC investigation.”