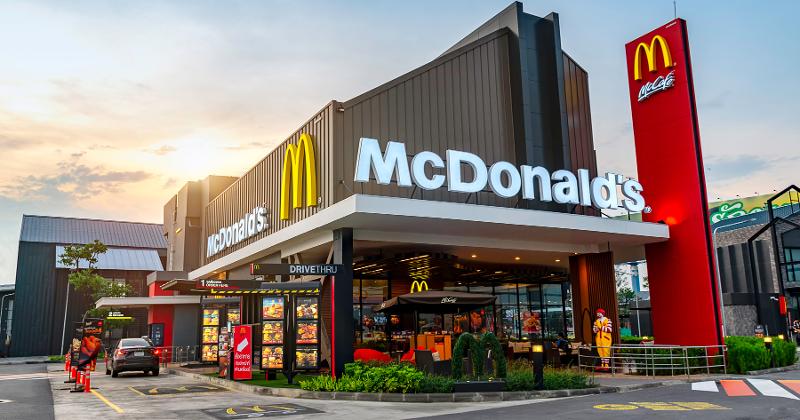 Same-store sales at McDonald’s improved in May, as consumers used the drive-thru more often and the company and its franchisees improved their service through the window.

The Chicago-based burger giant said on Tuesday that its same-store sales declined 5.1% in the U.S. in May. That was a substantial improvement from April, when the key metric was down 19.2% in its biggest market.

Most of that decline came in the morning, as the company stopped marketing the daypart and consumers stopped working in offices, reducing the number of commuters who are vital for morning sales.

Still, the sales numbers and the gradual reopening of the economy around the country have the company pondering its future moves. McDonald’s said that 99% of its U.S. locations and 95% of its worldwide locations are open, .

Domestically, 1,000 restaurants have their dining rooms open. Executives said that restaurants get “an incremental bump” once they reopen their dining rooms. “There is an incentive and motivation to get dine-ins open when we can do so in a safe and prudent way,” CEO Chris Kempczinski said. “It’s going to be a slow staging on that one.”

Much of the dining room reopenings will depend on local regulations, as well as franchisees’ comfort with the steps needed to make sure that restaurants reopening are safe.

There is at least some disincentive for franchisees to reopen their dining rooms even as governments give the go-ahead. Same-store sales have improved and operational efficiencies from just operating the drive-thru have made many fast-food restaurants more profitable than expected. Reopening dining rooms can also be complicated.

At McDonald’s, the company shrunk its menu, eliminating All-Day Breakfast, and cut drive-thru times this quarter by 25 seconds—a remarkable improvement, especially considering that drive-thrus have been busier over the past few weeks.

“I was talking to a franchisee in Alabama, and he was telling me that one of the big revelations he and his team had is that they thought they were running pretty close to capacity at the drive-thru” before COVID, Kempczinski said. “But they have found another level of capacity, just by focusing on operational elements. It’s expanded our view of what’s possible through the drive-thru.”

Some operators have been pushing to keep the smaller menu, arguing that the improvement in speed and efficiency is worth keeping.

McDonald’s executives suggested that the post-pandemic menu will be smaller than it was before the coronavirus hit, but larger than it is now. That suggests All-Day Breakfast could return, but some items that were cut from the menu might not come back.

“Limited menu served a purpose for a period of time, but we have to be attentive to what the customers are looking for when they come to McDonald’s, and I think it’s going to vary market by market,” Kempczinski said. “But we will certainly add things back to the menu.

“Now, whether it goes all the way back to where we were pre-COVID, I think that’s probably unlikely. But I think it’s equally unlikely that we’re going to stay with the current menu, because ultimately the customer is looking for a broader variety of menu items than we currently have.”

McDonald’s hopes that it could generate sales again in the coming months, both in the U.S. and internationally. The company is investing $200 million, roughly split between domestic and international markets, to bolster its marketing efforts.

And the company is analyzing its future to determine when it should take steps. For instance, McDonald’s was testing a chicken sandwich going into the coronavirus.

“We put those plans on the shelf until we have more visibility,” Kempczinski said, noting that the company’s U.S. president, Joe Erlinger, is currently talking with franchisees about chicken. “We certainly believe there’s a big opportunity for us in chicken. When is the right time to go after that?”

The company was also planning “some news around baked goods at breakfast.”

“As the pandemic struck, particularly in the U.S., we pulled back from essentially all marketing activities in breakfast,” Kempczinski said. “It was going to be a pretty low ROI because we knew there weren’t going to be many people out there looking to go get breakfast.