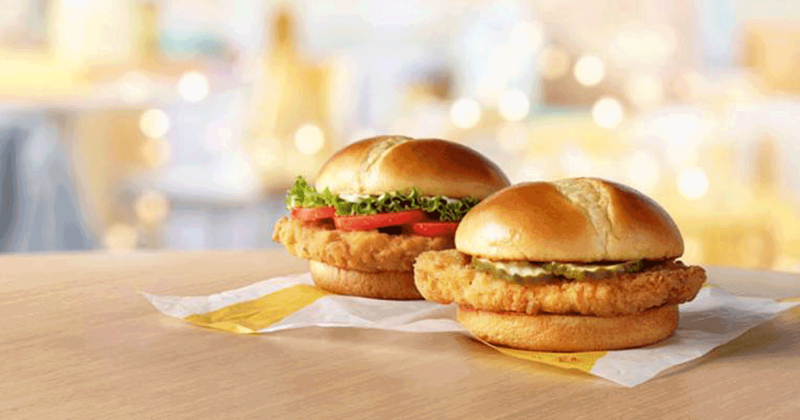 BTS, chicken sandwiches and mobile apps all worked in McDonald’s favor in the second quarter as the company’s U.S. same-store sales rose nearly 15% on a two-year basis, the company said on Wednesday.

Same-store sales in the Chicago-based burger giant’s biggest market rose 25.9% in the quarter ended June 30, and 14.9% over the same period of 2019 as the company’s recovery from the pandemic accelerated behind a series of strong marketing efforts.

Globally, same-store sales rose 6.9% on a two-year basis and was up over 2019 in all the company’s major markets.

In the U.S., McDonald’s sales accelerated from the strong rate in the first quarter, when two-year same-store sales rose 13.7%.

Pricing played a big role. McDonald’s prices are up 6% over the past year, executives said on Wednesday, driven largely by the rising cost of labor, along with some commodity cost increases. Customers also continue to make larger orders when they come into the chain’s restaurants.

And more of those restaurants have seating. Some 70% of the chain’s nearly 14,000 U.S. restaurants now have open dining rooms, with just about all of them expected to be open by Labor Day. “We are seeing a lift,” CEO Chris Kempczinski said. “When we reopen the dining room you get a sales lift. That more than anything is probably what motivates franchisees to get dining rooms open.”

In Malaysia, the Philippines and Vietnam, Kempczinski said, fans of BTS made snacks for crew members on the day the meal was first introduced.

“It has been, to borrow a BTS lyric, dynamite,” Kempczinski said.

Digital was also a big driver. The company said that digital and delivery platforms helped drive domestic sales in the period.

So far this year, sales from digital channels in McDonald’s six largest markets have approached $8 billion, a 70% increase over the previous year. McDonald’s was an early adopter of third-party delivery among the largest chains and its mobile app has become among the most downloaded restaurant apps in the U.S.

The company has now introduced a loyalty program, MyMcDonald’s Rewards. The shift toward more digital orders led McDonald’s to name Manu Steijaert its new chief customer officer, who will lead a newly created Customer Experience Team in part to improve the customer experience on the company’s digital channels.

“We’ve always focused on following our customers’ needs, finding the most convenient and engaging ways for them to enjoy McDonald’s,” Kempczinski said in a statement. “It’s clear that our next chapter will be driven by our leadership in digital.”

UPDATE: This story has been updated to include details from McDonald’s second-quarter earnings call.