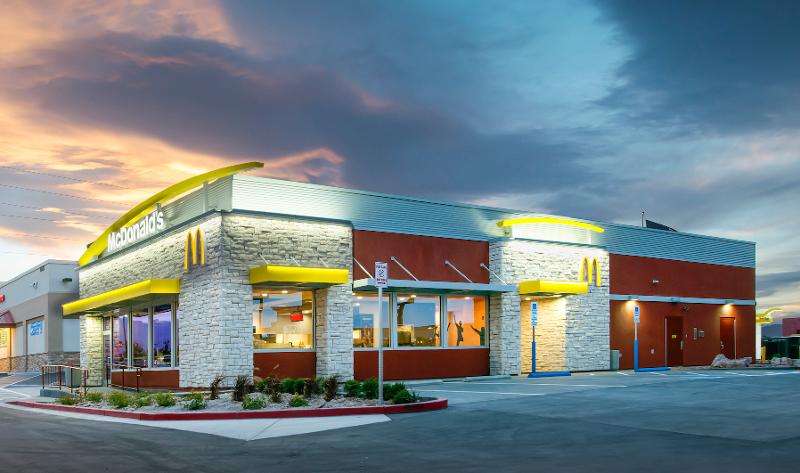 McDonald’s is turning to another big-name company in its bid to bring voice-activated ordering to its restaurants.

The burger giant on Wednesday said that it is selling its McD Tech Labs to IBM as part of a broad agreement between the two companies to accelerate the development of automated order taking, or AOT.

The two companies in a joint statement said that the agreement will accelerate McDonald’s efforts to speed the integration of the technology into more restaurants.

Terms of the sale were not disclosed. But CFO Kevin Ozan told investors on Wednesday that “It isn’t a big financial statement plus or minus going forward.”

The agreement follows McDonald’s tests of its AOT technology in several of its restaurants. Chris Kempczinski, the company’s CEO, said that the tests have shown “substantial benefits” to both customers and crew.

He said that the deal with IBM would enable the company to scale the program into more restaurants.

McDonald’s created its McD Tech Labs in 2019 after its acquisition of the artificial intelligence company Apprente. The labs were created “to advance employee and customer-facing innovations.”

The company has in the past hinted that it would make acquisitions of technology companies, integrate their technology and then spin them off.

By acquiring the companies, Kempczinski told investors in June, McDonald’s has the ability to accelerate the work on integrating the technology into its restaurants. However, “I think what we’ve also discovered is, long term, we’re not going to be able to always be on the bleeding edge of where technology is,” he said, according to a transcript on the financial services site Sentieo. “The industry is just evolving too rapidly.”

On Wednesday, Kempczinski echoed those sentiments, noting that integrating the technology into its 14,000 restaurants with their varying menus, and adding new languages, “is beyond the scale of our core competencies.”

McDonald’s believes IBM could do more to expand this technology through its Watson division, which has considerable expertise in voice-activated technology and artificial intelligence.

McDonald’s said that AOT will “continue to be integrated” into the chain’s technology ecosystem and took steps to provide assurances that the sale of the technology will be secure.

“IBM and McDonald’s are both committed to adopting AI responsibly by embedding ethical principles into AI applications and processes to build systems based on trust and transparency,” the companies said in their statement.

The sale of McD Tech Labs is expected to close in December.