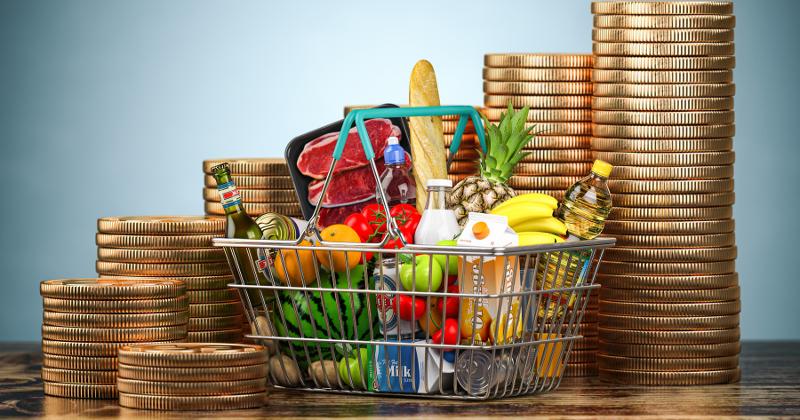 Restaurants continued to increase at historically high rates in February as operators continued using their pricing power to offset higher costs for food and labor.

Overall food-away-from-home prices increased 4% in February, according to data from the U.S. Bureau of Labor Statistics. That was the lowest rate since August, but it’s also coming on a much higher overall level of price.

Over the past year, food-away-from-home prices have increased 6.8%, the highest rate since 1981.

By comparison, overall food inflation was up 7.9% and food consumed at home was up an astonishing 8.6%. That, too, was a 41-year high.

Yet even with that historically high rate, the food-away-from-home index is somewhat skewed by the fact that governments have been funding school lunch programs, leading to steep declines in those costs.

Several operators in earnings calls in recent weeks have suggested that price increases will continue, and most of them have suggested they have room to take prices up further. “We’ve preserved our pricing power,” Wendy’s CFO Gunther Plosch said earlier this month, according to a transcript on the financial services site Sentieo, “and we definitely expect to price north of 5% in 2022.”

So far, there is relatively little evidence to suggest the higher menu prices are keeping consumers away, though data is also skewed by the fact that consumers are simply not going to restaurants as often as they did.

Restaurant traffic was down 13.8% in February compared with 2019, according to the Black Box Intelligence. Same-store sales were up 2.7%. That suggests average check rose 16.5% in the month, only about half of which comes from price.

The higher prices have come as inflation overall has continued to soar—and rising gas prices promise that trend will continue for the foreseeable future. Inflation rose 7.9% year-over-year in February. The food index rose by the same amount.