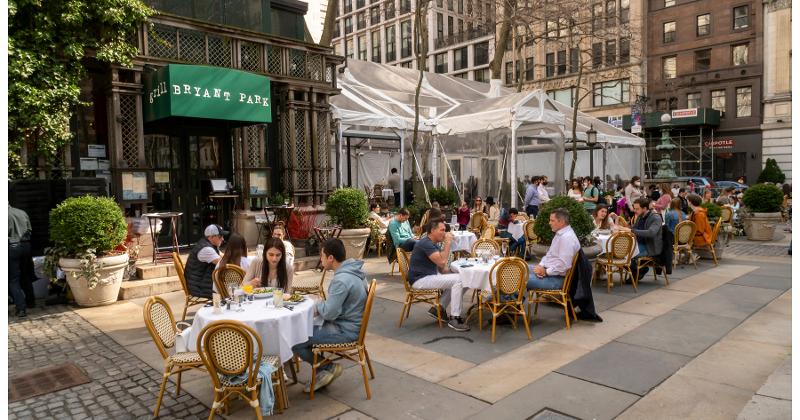 Multiconcept operator Ark Restaurant Group limped through the pandemic, watching its 1,000-seat restaurant in New York City’s Bryant Park languish along with many of its other establishments.

In a major reversal of fortune, however, Ark this week said it ended the second quarter with nearly $19 million in cash on hand (a number that had swelled to $28 million in the six weeks since the period ended), noted that it was paying down its debt and said it was ready to buy another restaurant to add to its fold.

The operator of 17 full-service establishments and an equal number of quick-service ones also said it was able to resume its dividend payments without impacting its growth plans.

“Last week may have been one of the best weeks this company every had in terms of sales,” Ark Restaurants CEO and founder Michael Weinstein told investors, according to a transcript from financial services site Sentieo. “The balance sheet is strong enough to do anything that we think we could absorb.”

Weinstein said the company is seeing potential deals on well-established restaurants that have at least $1 million in cash flow and is eyeing one option that will sell at 3X to 4X operating profit, with some others that are a bit more expensive. It is also looking for restaurants that own the land they’re situated on.

Ark has an advantage in acquisitions that big chains don’t, he said.

“We’re not interested in whether or not we think we can expand the brand,” Weinstein said. “We’re only interested in your cash flow and trying to make you more efficient once we acquire you. So that’s our business now, quite honestly. And so far, we’ve been successful at that business.”

Ark said it was open to acquisitions in much of the country—but not in New York, where it already owns four restaurants.

“The real answer is not putting any more capital in the Northeast,” Weinstein said, adding that Ark’s New York restaurants remain strong investments and he has no plans to sell them. “The reason not to be in New York is we have a very progressive legislature in New York. To a certain extent, I would describe them as Socialist. And their labor laws are such that it’s very, very difficult to operate restaurants in New York profitably.”

For the quarter ended April 2, Ark reported total revenues of $39.58 million, compared to $25.76 million the year before.

In addition to New York City, Ark has five full-service restaurants in Las Vegas, one in Washington, D.C. four on the east coast of Florida, two on Alabama’s Gulf Coast and one in Atlantic City. It also runs four quick-service restaurants in Tampa, Fla., six in Hollywood, Fla., one at Foxwoods Resort Casino and six food court locations in Las Vegas.