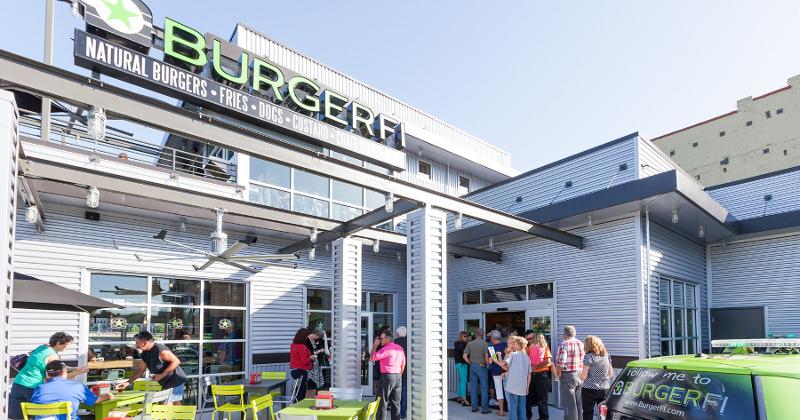 Opes Acquisition Corp on Tuesday announced an agreement to buy the better-burger chain BurgerFi for $100 million in cash and stock.

In the process, Opes’ investors will get a company with a decidedly modern growth strategy. The North Palm Beach, Fla.-based BurgerFi plans to accelerate its growth in the near future, in part by targeting nontraditional locations and ghost kitchens as well as typical company-owned and franchised restaurants.

“We believe the combination with Opes will allow BurgerFi to reach new heights as we continue to redefine the way the world eats burgers,” Charlie Guzzetta, BurgerFi’s president, said in a statement.

Opes and BurgerFi announced their merger plans earlier this month. Opes is a special purposes acquisition company, or SPAC, a shell company that takes money from investors and uses it to buy a privately held company, thereby taking it public.

Monday’s announcement provided the first details of the burger chain’s financials and the amount the shell company is paying for the chain.

The companies said that BurgerFi will have an enterprise value of $143 million once the deal is complete, for a multiple of 13.6 times 2021 estimated earnings before interest, taxes, depreciation and amortization, or EBITDA. The deal is expected to close in the third quarter, after which BurgerFi will become a publicly-traded company with the ticker symbol BFI.

The deal will provide the burger chain with $40 million in cash for its expansion. BurgerFi operates 130 locations around the country, including 25 corporate stores. Most of the chain’s locations are along the east coast. System sales totaled $146 million and same-store sales rose 2.4% in 2019, according to a presentation on Tuesday.

The nine-year-old chain plans to continue adding units this year, even as the coronavirus quarantine hurt the company’s sales. The company expects systemwide sales to be $112.5 million this year, which would represent a 23% decline from the previous year.

Adjusted EBITDA, or earnings before interest, taxes, depreciation and amortization, is expected to grow to $4.3 million this year from $3.3 million.

But the company is planning to accelerate its unit growth next year as it emerges from the pandemic. BurgerFi plans to more than double its company-owned units in 2021, to 55 by the end of the year.

Those company locations will be primarily in Florida, the chain’s home market, as well as some surrounding states. Franchisees, which typically operate nontraditional locations and in markets further away from Florida, will open another 29.

Yet the company also has high hopes for nontraditional and ghost kitchen locations.

In April, the company inked a deal with ghost kitchen operator Reef Kitchens. BurgerFi opened its first unit inside a Reef unit in Miami in April. Executives believe the ghost kitchen operator, which plans to have 25 kitchens in operation by the end of December, will give it access to new markets without having to open a costly traditional unit.

Guzzetta said that the partnership could give the company access to newer markets for the chain like Los Angeles, Seattle, Chicago, Houston, Nashville and Minneapolis.

The company also has high hopes for non-traditional locations. Operators HMS Host and Aramark both operate BurgerFi locations, and the chain says it is in talks with other airport concession operators to be a “major contender in multiple high-profile airport concession bids going forward.”

“We have every intention to capitalize on these opportunities,” Guzzetta said on the conference call. “We believe nontraditional venues are important to our growth strategy.”