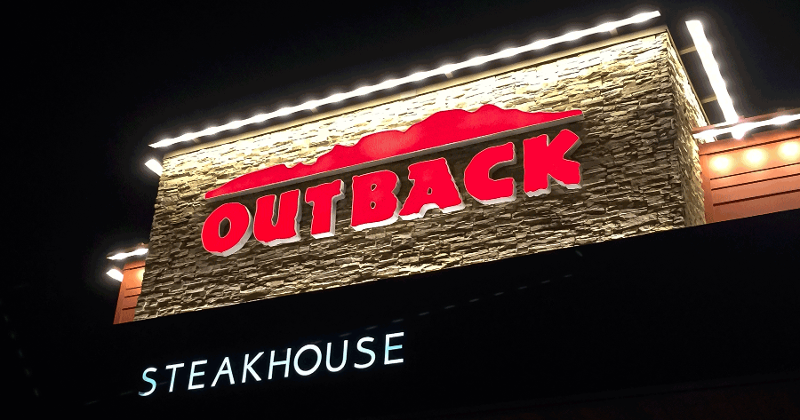 Bloomin’ Brands is all about takeout these days. It was an early adopter of delivery. Its Aussie Grill is poised to expand rapidly. The company has also developed a virtual brand, the chicken concept Tender Shack.

But do not tell Dave Deno that traditional casual dining is dead.

“Have them come into our restaurants,” Bloomin’s CEO said recently at the Restaurant Recovery Summit, held by Restaurant Business parent company Winsight. He was speaking to anyone suggesting that casual dining is dead and noted that customers have been thrilled to dine in once they’ve had the chance.

“We found our customers coming to our people, they were so happy. America misses dining. There’s a culture of food and service—there’s no way we’re ever going to lose it.”

Bloomin’ Brands has been built on the dine-in customer, with a roster of concepts that have historically depended on people coming in and eating while getting waited upon—notably Outback Steakhouse, Carrabba’s, Fleming’s and Bonefish Grill.

Yet the company has also recognized consumers’ shift away from these types of concepts. The Tampa-based operator was an early adopter of delivery, for instance, saying it provided its restaurants with a rare opportunity to generate customer growth.

That focus, along with the summer return of dine-in service throughout the country, enabled Bloomin’ to recover most of its sales. U.S. same-store sales were down just 12.8% systemwide in the quarter ended Sept. 27, including just 10.4% at flagship Outback and 9% at Carrabba’s. “We’ve done that with a great off-premise business,” Deno said. “And as dining rooms reopen we build back sales.”

Bloomin’ now sees two distinct occasions in the casual dining business—a takeout customer who wants a better at-home meal than is typically found, along with traditional dine-in. “The customer has a certain need with delivery and carryout,” Deno said. “That’s something we want to hang onto once the pandemic is behind us.”

Bloomin’ has tested delivery-only concepts. And then it debuted Aussie Grill, a fast-casual version that was largely designed for international markets where real estate is more expensive and a lower-cost option was more desirable. Aussie Grill features a pared-down menu of chicken, burgers, some steak, salads and chicken tenders.

Yet executives also saw an opportunity for the brand in the U.S. and debuted the concept in May. “It has been very, very, very good for us,” Deno said. “We like what we see. We hope very much to expand the concept in Florida in 2021.”

It sees an opportunity to franchise the concept. Only about 20% of Bloomin’s restaurants are franchised, but Aussie could expand that number given its attractive investment and profitability. “It could be a very good franchise growth vehicle for us in the U.S. and internationally,” Deno said.

Then there is Tender Shack, a virtual concept Bloomin’ debuted this year that features chicken tenders and sandwiches.

Deno said Bloomin’ plans to focus on just that one virtual concept, which would be run out of existing restaurants and can help even out dayparts—Outback is primarily a dinner concept, for instance. Tender Shack would increase its lunch business.

He said Bloomin’s talent pool helped develop the concept in just a few weeks. The virtual brand, along with its existing delivery and carryout, can help Bloomin’ generate a wider range of business going forward.

“We can do great casual dining and have a bigger convenience play through delivery and carryout and the virtual bland,” Deno said.