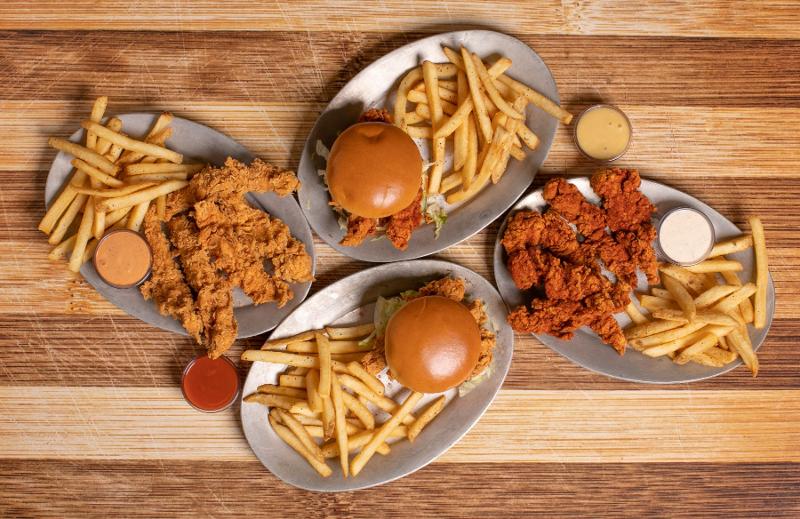 The owner of Outback Steakhouse and Carrabba’s on Thursday said it has taken its new virtual concept, Tender Shack, to 725 locations around the U.S.

The company believes the virtual brand, which specializes in chicken tenders and sandwiches, can generate $75 million in incremental sales this year—while helping the company keep newfound takeout and delivery sales it had gained during the pandemic.

Virtual brands are all the rage these days, with an estimated 100,000 such concepts operating in the U.S. The brands are created for the delivery customer and operate either inside a ghost kitchen facility or inside existing restaurants, using excess kitchen space.

Casual dining companies have been particularly aggressive in creating such brands—they have seen traffic and sales erode in recent years, and in 2020 they lost much of their dine-in business when states closed dining rooms to prevent the spread of COVID-19. All of that gave these companies excess kitchen capacity.

Chili’s owner Brinker International created one such brand in It’s Just Wings and believes it can generate $100 million in sales—it is also considering a brick-and-mortar version. Earlier this week, Applebee’s owner Dine Brands Global announced the creation of Cosmic Wings, its own wing brand. Numerous casual and family dining brands, and quite a few fast-casual chains, are experimenting with their own such concepts.

Because these concepts can be located anywhere there is a kitchen—and these chains operate plenty of them—the virtual brands can pop up almost overnight with comparably little effort.

Bloomin’ has been working on Tender Shack for months and believes the concept has legs. Deno noted that Tender Shack is generating $1,500 in sales per week at some restaurants.

Executives also see the concept as an important strategy for keeping takeout sales.

The Tampa-based casual dining operator’s revenues declined 20.5% in the last three months of 2020, but 37% of its revenues came through takeout and delivery—a historic high for a company that typically relies on people eating inside its restaurants.

Yet that business came as consumers were kept outside of restaurants. As of now, 99% of the chain’s restaurants are open for dine-in business, executives said. And the company has seen its sales recover.

In the fourth quarter, for instance, its combined U.S. same-store sales declined 17.7%--slower than in the third quarter due to increased restrictions as the coronavirus surged. That included a 15.2% decline at Outback, its largest chain, and 11.4% at Carrabba’s. Bloomin’ also operates the polished casual brands Bonefish Grill and Fleming’s Prime Steakhouse.

So far this year, however, with consumers flush with stimulus cash and more restaurants open, same-store sales have improved to a decline of 12.9%--including a 10.8% decline at Outback and a 6.1% decline at Carrabba’s.

“We are confident in our ability to continue to take market share over the long term,” Deno said, noting that a new menu at Outback that improves the chain’s value proposition can help, as well as new digital efforts and leveraging the company’s loyalty program. But keeping its off-premises business will also be important, he said.

“As we rolled out Tender Shack in test markets, it was clear we had a winner,” Deno said. “The brand exceeded all of our sales, profit, guest and operating metrics.”

“We expect our off-premises business to continue to be strong as in-restaurant dining trends improve,” he added.