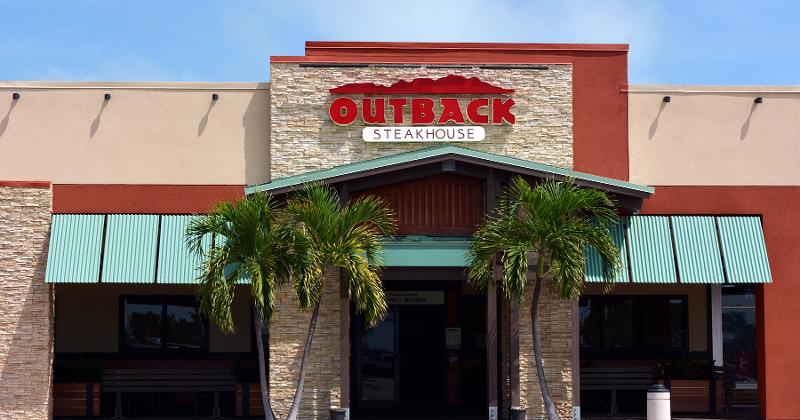 Outback Steakhouse owner Bloomin’ Brands put itself up for sale on Wednesday after deciding that its reception on Wall Street hasn’t been warm enough to continue operating as a public company.

The Tampa, Fla.-based company, which also operates Carrabba’s Italian Grill, Bonefish Grill and Fleming’s Prime Steakhouse, has said it is exploring strategic alternatives, including a potential sale of the company.

“Over the past few years, Bloomin’ Brands has made significant progress towards its long-term objectives to elevate the customer experience, capitalize on the emerging off-premises segment, expand the rapidly growing international business, and improve operating margins,” CEO David Deno said in a statement. “These efforts have created significant market share gains and enhanced profitability.

“However, despite this continued progress, we believe the current stock price does not reflect the value of the company. That is why the time is right to explore strategic alternatives that have the potential to maximize value for shareholders.”

The decision also comes just two months after activist investor Jana Partners, which owns more than 9% of Bloomin’ Brands stock, began a renewed push for a sale or breakup of the company.

Bloomin’ Brands has been trading at a narrow range of between $15 and $25 per share since it went public in 2012. That hasn’t changed this year—the company’s stock has generally been flat all year, even after shares soared 8% on Wednesday.

“Given the meaningful and ongoing valuation disconnect in the public markets, we are exploring potential strategic alternatives focused on maximizing shareholder value,” Deno said during the company’s third quarter earnings call Wednesday, according to a transcript on financial services site Sentieo.

Same-store sales at flagship Outback rose 0.2%, and they increased 0.1% at Carrabba’s. Those are the company’s two largest chains.

Net income more than doubled, to $9.2 million, or 11 cents per share, from $4 million a year ago. Revenues were up slightly to $967 million.

Bloomin’ Brands’ sale process comes during a particularly active time for mergers and acquisitions in the restaurant space. Low interest rates, along with a large group of private-equity investors with cash to spend, have increased valuations for restaurant companies on the private market. Bloomin’ clearly believes its steady performance in recent years and its generally aggressive moves, particularly on delivery, could make it an attractive target.

The company could also opt to break apart. The company’s brands operate 1,471 global locations, more than half of which are Outback locations.

“We’re looking at all different alternatives for our company, which could include a sale of the company,” Deno said.