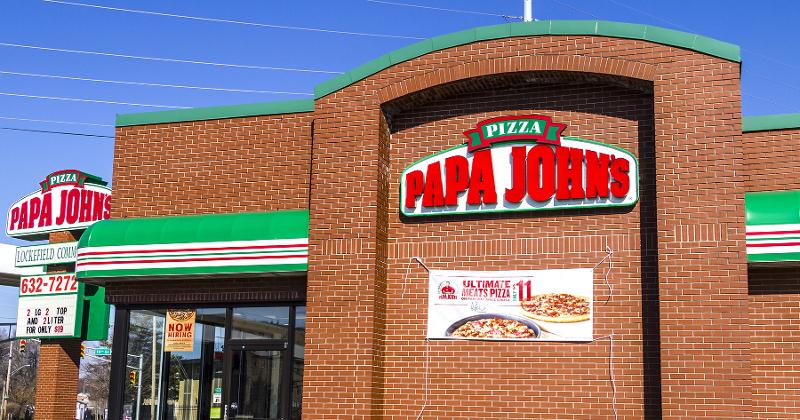 Papa John’s reported earnings on Thursday from a year in which its restaurants’ average unit volumes hit more than $1 million, up 20% from a year ago. Profitability improved, and executives expressed confidence in their ability to build on that. It was by all accounts a strong year for a chain that was in turmoil just two years ago.

“Thank you,” CEO Rob Lynch said in an interview on Thursday. “You’re the first to say that after two hours of meetings.”

Welcome to Wall Street. Despite Lynch’s confidence in the company’s future, investors weren’t buying it. The stock plunged nearly 15% in morning trading on Thursday, largely on fears that its same-store sales momentum is slowing and the company is at risk of losing many of the new customers it gained during the pandemic.

At least Lynch wasn’t alone. Rival Domino’s, which also reported a strong 2020 earnings report on Thursday, saw its stock fall more than 9%. “I hope I can have a lot of quarters when I can talk about an 11% comp,” Domino’s CEO Ritch Allison said on Thursday, speaking of the 11.2% same-store sales increase the chain reported on Thursday.

That might be the reality of the current moment, however. Pizza chains’ sales have thrived during the pandemic, yet both chains saw sales slow in the last three months of 2020, in both cases failing to meet expectations held by Wall Street analysts.

At the same time, there are growing signs the pandemic is coming to an end or, at least, the restrictions that kept people from dining in restaurants for much of the past year. A growing number of experts believe the pandemic could be effectively over as soon as April.

That would be the end of a strong run for both chains. Papa John’s in particular had a year to remember. Its same-store sales for the year rose 17.6%. The chain generated record unit volumes--$1 million unit volumes represents a 20% increase over 2019, according to data from Restaurant Business sister company Technomic.

“Papa John’s has always had a very attractive restaurant investment thesis, with low up-front capital requirements and one of the fastest paybacks in the restaurant industry,” Lynch said on the company’s fourth-quarter earnings call. “Growing AUVs and improving unit economics make it even more attractive to invest in new Papa John’s stores.”

Papa John’s improving sales also drove profitability. The chain generated $1.28 in earnings per share for the full year. The year before that was a loss of 24 cents.

Same-store sales rose 13.5% in the fourth quarter, a strong result by any measure but a significant slowdown from the two previous periods, when same-store sales rose 28% and 24% in North America, respectively. “Comps can be misleading,” Lynch said Thursday. “Our AUVs and our weekly per-store averages have been extremely high.”

He noted that the company’s product innovation should continue to drive those averages higher, referring to Papa John’s late December introduction of stuffed-crust pizza. “If we keep coming up with ideas like that, we’re going to continue to grow our [per-store averages] and the comps will follow accordingly,” Lynch said.

Domino’s, which has had a run of 39 straight quarters of U.S. same-store sales growth—many of them well into the double digits--is a bit more accustomed to dealing with Wall Street’s high expectations than Papa John’s.

Like Papa John’s, the Ann Arbor, Mich.-based chain’s sales slowed toward the end of the year, to 11.2% in the U.S. from 17.5% in the third quarter and 16.1% in the second quarter. Allison blamed at least part of that slowdown on consumers running out of extra funds from spring stimulus payments. “Stimulus dollars certainly puts more dollars into consumers’ pockets,” he said. “As we move further away, that’s had an impact on our business.”

Allison noted that the chain generated strong delivery sales, while its carryout business—a major source of pre-pandemic sales growth—suffered as consumers were uncomfortable going inside the stores. He acknowledged that the company could have difficulty growing its sales during the course of the year as it starts comparing its performance with the quarters from 2020 when the pandemic fueled so much delivery business.

But he said the company’s value, and improvement in carryout, could help out. “We know lapping some of the delivery tailwind is going to be difficult,” Allison said. “We’re going to continue to invest in value in the business. Continuing to focus on value is going to help us.

“’People have been paying a lot to have food delivered to households. Domino’s is the unquestioned value leader in the segment, and broadly across the restaurant industry. We really like our positioning in that space.”