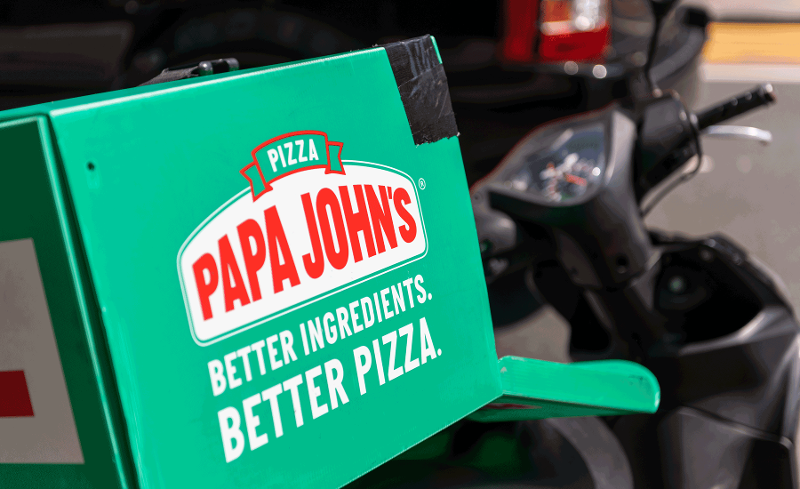 Papa John’s average unit volumes hit $1 million for the first time in its history in 2020, which had CEO Rob Lynch in good spirits last week. “We’re ecstatic over here,” he said in an interview.

But here’s the thing about that: It required a 20% jump in unit volumes to get seven figures, a jump start that was enabled by the pandemic, which kept people at home ordering lots of pizzas.

That kind of jump taxes operators. And it puts pressure on the system to make changes. “When you add almost 20% growth in a year, if you’re not optimizing the model and continuing to evolve and innovate, you’re going to have issues,” Lynch said.

As such, the Louisville, Ky.-based pizza chain is focused on improving efficiency inside its locations. The company recently added “Papa Call,” a centralized customer service center that handles phone orders. Papa John’s has added the service to its 600 company-operated units, plus another 900 franchisee-owned restaurants. Papa John’s operates 3,100 U.S. locations and 5,400 locations overall.

Papa John’s had struggled in recent years as its sales took a hit following controversies involving its founder, John Schnatter—U.S. system sales in 2019, for instance, declined 2.7% amid sales stumbles and store closures.

The company had started reversing the sales declines late in 2019 and into this year. The pandemic then took them skyward—same-store sales increased more than 25% in the second and third quarters before settling to a 13.5% increase in the fourth quarter.

As those volumes increased last year, Papa John’s began working to improve efficiency. It added dough spinners, for instance. It also made improvements to its makeline.

Papa Call is certainly not unique. But it’s designed to remove one particularly annoying element of the pizza delivery business—the phone call.

Calls have decreased in importance in recent years as online sales have taken up a greater percentage of the business. Today, only about one in four orders comes through the phone. But that 25% can take up time that could be devoted to making pizzas or delivering them.

When workers are busy, people can hang up and call another pizza company, leading to lost sales. And of course a location sometimes has to devote workers to the task of taking phone orders.

By shifting them to a centralized location, the order taking is more efficient overall—taking some labor out of the restaurants—while improving overall service. Lynch said in an interview that the company has almost a “zero drop rate” on calls through the customer service center.

“It changes the dynamic in the restaurant,” Lynch said. “If you have people constantly having to go take calls, you need to fully staff headcount. It could be really distracting. You have a lot of dropped calls, putting people on hold even when you just have one or two on a busy Friday night.

“Papa Call has almost a zero drop rate. We’re always set up to facilitate every call.”