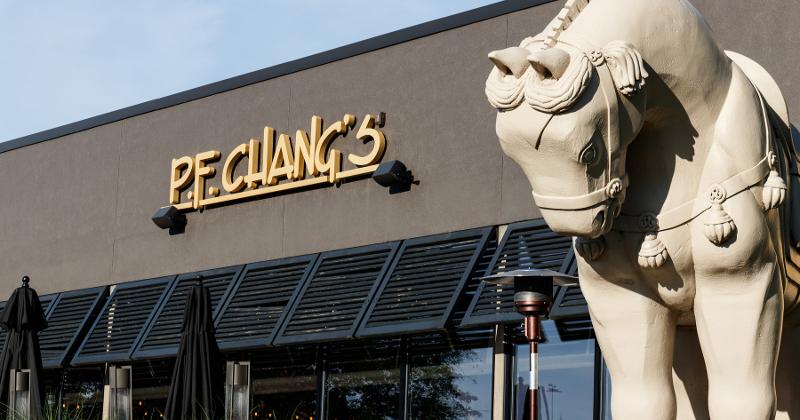 Bloomberg this week reported that Chang’s is considering an offering nine years after it was taken private and three years after its sale to the private equity firm TriArtisan Capital Partners.

The moves highlight a considerably more active market for mergers and acquisitions, as well as IPOs, coming out of the pandemic. Restaurant company valuations have soared as sales have improved and investors grow confident in their recovery.

The public markets in particular are getting a lot of attention. At least nine restaurant companies—including Krispy Kreme, which went public early this month—are at least considering IPOs this year, hoping that public equity investors give them higher valuations and therefore greater returns on their exits.

Chang’s is reportedly in the “early stages” of an IPO process. The chain operates 300 locations, 214 of which are in the U.S.

The company was taken private in 2012 and sold six years later. In 2019 the company sold its fast-casual concept, Pei Wei, to the owner of Asian concepts Leeann Chin and Pick Up Stix—freeing Chang’s of a brand that had proven a challenge before and after it was taken private.

These days, Chang’s is working on its own takeout-focused concept. It debuted its P.F. Chang’s To Go concept last year and the company plans to have 50 of these locations by the end of 2022. The company opened new locations in Irving, Tex., and Orlando last month.

The chain’s unit volumes took a hit last year as governments closed dining rooms because of the coronavirus, but they hit $4.2 million in 2019 and had been recovering in recent years.

P.F. Chang’s said in a statement that it doesn’t comment on “rumors or speculation.”

“As a company, we’re constantly looking for ways to strengthen our business in the most efficient and effective manner possible,” Chang’s said. “Our strategy remains unchanged: P.F. Chang’s is an Asian restaurant concept founded on the mission of sharing made-from-scratch cuisine in an easily accessible way, whether in-restaurant or to-go.”

California Pizza Kitchen, meanwhile, could signal the industry’s quick recovery from the pandemic. The company declared bankruptcy last year and put itself up for sale. Unsatisfied with its offers the company’s lenders opted to keep it, converting their debt to equity in hopes of a later return.

A representative for the company has not responded to a request for comment as of early afternoon.

Like Chang’s, CPK was once publicly traded. The private equity firm Golden Gate Capital bought the chain for $470 million in 2011.

Just about every publicly traded restaurant company saw its valuation increase in the first half of the year as industry sales have recovered—total sales are now well above levels from just before the pandemic in February 2019 and numerous chains are reporting strong results.

Casual dining companies like Chang’s and CPK found ways to generate takeout sales, meanwhile. They also improved their cost structures, helping their profitability as sales returned. As such, more of these companies are considering the public markets as a potential option.

But they could also run into a glut of IPO options. Sweetgreen, Portillo’s and Dutch Bros have all confidentially filed to go public. Several more, including Panera Bread, First Watch and Torchy’s Tacos are apparently considering such options. They would join Krispy Kreme, the first restaurant IPO this year.

Yet Krispy Kreme also points to the risks of such moves: The doughnut chain priced at $17, raising $100 million less than it initially expected. After some initial growth in its stock price it is now trading below $16 per share.