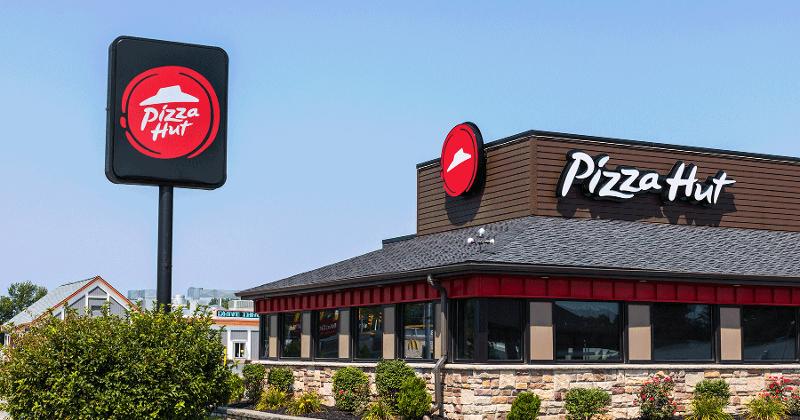 Pizza Hut is hoping a trio of executives from sister chain KFC can help its struggling U.S. business regain its footing.

Kevin Hochman, president of KFC U.S., will also be the interim president of Pizza Hut U.S. A spokesman for the chains’ parent company, Yum Brands, said Hochman will keep his KFC responsibilities but is supporting Artie Starrs, who was named Pizza Hut’s CEO last year and is “devoting more time to his global role.”

“We’re urgently taking steps to place the brand on a firmer footing to grow,” Yum CEO David Gibbs said. He added that Hochman’s turnaround experience with KFC and his experience in consumer packaged goods—he worked with Procter & Gamble for 19 years before moving to KFC in 2014—“make him ideally suited” to work on Pizza Hut’s turnaround.

David Graves, meanwhile, has been named chief brand officer and will be responsible for culinary innovation, food safety, quality and brand health. Both Graves and Felix worked under Hochman at KFC, and their additions to the Pizza Hut executive team are permanent.

Pizza Hut reported a 4% decline in its U.S. same-store sales in the fourth quarter ended Dec. 31, worsening a second-half slump and continuing a long period of weakness. Speaking on the company’s fourth quarter earnings call Thursday, Yum executives warned of “choppiness” in the brand’s performance this year.

“We are a growth company,” Gibbs said. “And expect that all of our brands should grow.”

Some of Pizza Hut’s problems are rooted in the weakness at NPC International, the massive Pittsburg, Kan.-based franchisee that operates 1 of every 6 Pizza Hut locations in the U.S. NPC has been struggling for much of the past year with a heavy debt load and has been working to avoid a bankruptcy filing. The company’s problems are weighing on the overall brand.

“The majority of our franchisees are well-capitalized and committed and continue to drive the business,” Yum CFO Chris Turner said on the earnings call. “But we have a handful of situations where we’re working with franchisees to get them into a better place.”

Bad debt expense, or unpaid royalties from franchisees, doubled globally in the fourth quarter at Pizza Hut to $8 million from $4 million. For the year, it increased to $22 million from $12 million. Executives noted the $22 million is just a fraction of the $4 billion in royalties and other fees Pizza Hut collects every year.

Turner said “there may be some bad debt impact” as the company works through challenges with some of its franchisees.

Pizza Hut’s sales challenges in the fourth quarter have come even though the company won the highly coveted sponsorship with the NFL two years ago, one that rival Papa John’s had ended. The company’s same-store sales have declined or were flat in nine of the past 14 quarters. Outside of 4% growth in the first quarter of 2018, its strongest performance was 2% growth.

Pizza Hut’s sales challenges in recent years have led to a number of store closures. The company has shrunk by 500 locations since 2015, when it finished the year with 7,822 locations in the U.S.

At least some of that is deliberate: The company has been working to move some restaurants to better trade areas and has been shifting its asset base to focus on takeout and delivery. The brand has a lot of full-service restaurants in the U.S., and consumers have shifted dramatically away from that type of restaurant, especially when it comes to pizza.

The company hopes that Hochman’s presence will help speed its turnaround. Hochman joined KFC as its U.S. chief marketing officer in 2014, and three years later he was elevated to president and chief concept officer.

Gibbs said that Hochman “architected the turnaround” of the KFC brand, a turnaround that featured the chain’s now-famous ads featuring a series of actors and comedians playing Colonel Sanders, along with food innovation and attention-getting marketing.

“We’re all excited about having somebody with his talents working under the Pizza Hut brand in the U.S.,” Gibbs said. “It’s obviously too soon to talk about the specific tactics he’s going to deploy. But I’ve had a lot of franchisees reach out to me and say they’re excited to have Kevin joining.”