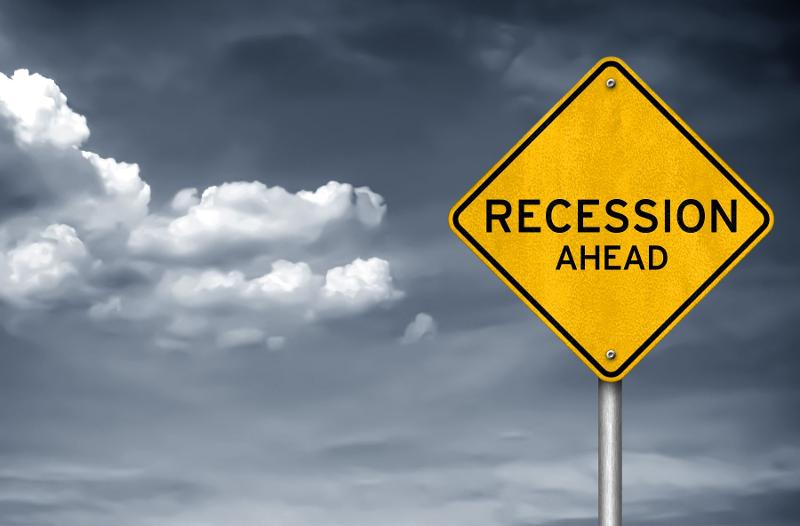 The economy is in an odd state. Unemployment is low. Incomes are up. People are spending. The result for restaurants and other businesses is sales growth. Industry sales are up by about a third over pre-pandemic levels, at least according to data from the U.S. Census.

But that is apparently changing. A growing number of analysts, investors and executives are bracing for an economic downturn, particularly as the U.S. Federal Reserve raises interest rates aggressively to calm inflation.

Charlie Scharf, CEO of the bank Wells Fargo, said as much at the Wall Street Journal’s Future of Everything Festival. “It’s going to be hard to avoid some kind of recession just giving the magnitude of the slowing that takes place,” he said.

He is hardly the only one. CEOs expect the Fed’s interest rate hikes will cause a recession, though a “very brief, mild recession,” according to the latest CEO survey from the Conference Board.

CEO confidence in that survey hit a post-pandemic low of 42—a score of less than 50 indicates more negative than positive responses. That was down from a score of 57 earlier this year.

The Fed has raised rates twice this year already and indicates it plans to keep doing so until inflation is brought under control. The tight labor market and a series of major events, notably the pandemic and the war in Ukraine, has generated unexpectedly high and persistent inflation. The consumer price index was up 8.3% year over year in April, according to recent data from the U.S. Bureau of Labor Statistics.

By raising interest rates, the Fed hopes to slow investment and therefore hiring, which could cool the labor market and theoretically slow inflation by calming the increase in wage rates. For restaurants, it means higher debt costs, which may lead some operators to slow down expansions or cut back on expectations for growth. Raise rates too aggressively, however, and it risks putting the country into a recession.

The labor market has been the primary culprit of much of the inflationary concerns because companies have had to raise wages aggressively to attract workers. According to Goldman Sachs, there are 5.3 million more jobs than there are workers, which it said is the largest such gap since World War II.

Goldman says that gap needs to shrink by about 2.5 million to get inflation back under control. Some of it may come from natural means. The firm indicated that the end of unemployment benefits and easing of COVID-related health concerns could increase the labor force by another 1.5 million. That could help the Fed get inflation under control without causing a recession to do so.

Still, Wall Street has been increasingly concerned about the prospect of a recession. Stocks fell more than 4% on Wednesday after profit warnings from Walmart and Target and then fell again on Thursday. There are some worries of stagflation, a combination of economic weakness and rising costs that is difficult for the Fed to effectively combat. Yet UBS said in a report last much that such concerns are “overheated.”

The impact of a recession on the restaurant industry depends on the severity of the downturn. There remain few true signs that consumers are changing their spending at restaurants—sales were strong in both March and April, according to U.S. Census retail sales data.

Yet some executives have indicated shifts in spending. Executives with the beverage chain Dutch Bros said that they lost some traffic in the afternoons when more sales tend to be discretionary. McDonald’s CEO Chris Kempczinski indicated some change in spending habits among lower-income consumers—though he noted in April that the average consumer was doing well.

Anthony Hull, CFO of big Burger King franchisee Carrols Restaurant Group, indicated his company was seeing some changes. “The consumer is clearly value conscious,” he said, according to a transcript on the financial services site Sentieo. “I think we’re seeing some opportunity for us in the trade-down market.”

The “trade-down market” suggests that consumers would shift spending from more expensive restaurants to lower-priced restaurants and would focus more on value. So rather than dine out at a casual-dining restaurant like Applebee’s, they may instead head to a fast-casual burger chain like Five Guys. Or they may get a Whopper from Burger King.

Yet rising costs have already prevented many restaurants from offering the kinds of deals needed to attract these customers and the strength of the overall consumer has given them little reason to do so—as high costs and weaker margins have given them plenty of reason not to.