2012 is here and brings a couple of changes to the way Restaurant Business magazine and Nielsen, a leading global provider of information and insights around what consumers watch and buy, report the Restaurant Growth Index. 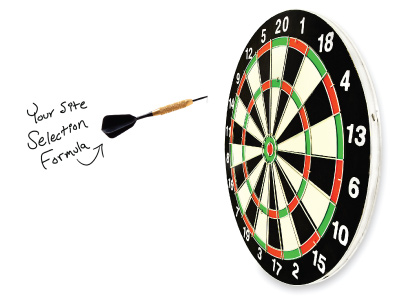 For 2012, we are expanding the markets covered by the RGI to include all 942 metro areas—or “Core Based Statistical Areas”—currently defined by the U.S. Office of Management and Budget. One hundred fifty are in the magazine. The rest are here online. OMB defines CBSA’s as urban centers of at least 10,000 people coupled with adjacent communities that are socio-economically tied to the urban center. Essentially, we’re now providing a more comprehensive list with more granularity and geographic coverage than we’ve used in the past. Additionally, we have added a new factor to the RGI formula: the number of people per dining establishment in each market. This should give greater insight into the potential opportunity to serve the residents of a market. Previously, the RGI formula was weighted heavily to per-capita spending at restaurants. That’s still in the formula, but by adding the number of persons per establishment, we correct for inconsistencies that could arise if the per-capita number is exaggerated because of the influx of tourists, for instance.

The RGI is designed to rank markets by identifying areas that may be underserved and where restaurant sales are strong compared to the national average. This information can be helpful to new restaurant concepts or existing chains considering expansion, as it illustrates which markets may have growth opportunity.

A review of the past year’s statistics at the national level shows a generally positive trend beginning to take shape for the industry. Total industry sales are up $17.5 billion over last year despite the continued decline of total units. As of this writing, Nielsen information shows the total number of “eating & drinking place” units down by 15,684 from last year. But sales have increased by over 6 percent on a per-unit basis, from $676,807 to $719,276 on average nationally. Additionally, restaurant sales per capita and restaurant sales as a percentage of per-capita income have increased over the past year. Sales per capita rose to $1,533 or 6 percent of per-capita income.

Let’s take a look at the new Top 5

The Corbin, Kentucky, market, located in the southeastern part of the Bluegrass State and hometown to Colonel Sander’s original restaurant location, is ranked #1. That’s right, the birthplace of KFC may provide other restaurant operators an opportunity for growth. Corbin is near Cumberland Falls and several other state parks and the Daniel Boone National forest, all of which drive consumer demand activity in the area. Furthermore, there are a high number of people per existing eating and drinking establishment in the market. Nielsen insights show over 800 people per establishment in Corbin, well above the national average of 469, which drives the market’s RGI score.

In Key West, Florida, the #2 market on this year’s list, another factor is at work. The relatively small, laid back and isolated island at the tip of the Florida Keys has long been a popular and upscale tourist destination. And, at $6,885, Key West’s restaurant sales per capita are higher than any of the 942 markets measured, nearly four and a half times the U.S. average. So, if you can find the space for your restaurant, the demand dollars are there.

To find the #3 market, we head to the gateway to the Smoky Mountains and Sevierville, Tennessee. The Sevierville market is home to some of the biggest tourist attractions in the region, including Gatlinburg, Pigeon Forge and Dollywood, in addition to Smoky Mountain National Park itself. Similar to Key West, the driving factor pushing Sevierville’s rank is restaurant sales per capita, at over $4,400, nearly three times the national average.

Valdosta, Georgia, the #4 market and Gallup, New Mexico, the #5 market are similar in that they are both situated along transcontinental interstate highways, I-75 and I-40. Long distance travelers along these roads undoubtedly contribute to the dollars being spent at restaurants in each market. Valdosta is also home to Valdosta State University, with over 12,000 students, and Historic Route 66 runs through Gallup, which contributes to the town’s tourism draw. Additionally, both markets, especially Gallup, have higher than average persons per eating and drinking location, which shows that there’s potential opportunity to open more restaurants in each area.

Among the top 50 markets by population, the Las Vegas and Orlando areas rank high above the rest of the field of larger markets. Huge tourism dollars and high restaurant sales as a percentage of per capita income drive their high rankings and these conditions are unlikely to change soon relative to the rest of the markets.

The RGI is calculated using restaurant sales figures based on the U.S. Census of Retail Trade and per-capita income figures—both compiled by the U.S. Census Bureau and updated annually by Nielsen—and restaurant location data sourced from Infogroup and managed by Nielsen. Sales figures do not distinguish between residents of the market and visitors, thus sales generated by visitors increase the sales per capita and sales as a percentage of per-capita income of the markets’ residents.

For this reason, smaller markets that are vacation destinations and markets with high transient population and heavy through traffic tend to have higher index scores. Consideration should be given to market size as well as market rank when deciding which areas provide the most opportunity for specific restaurant concepts.