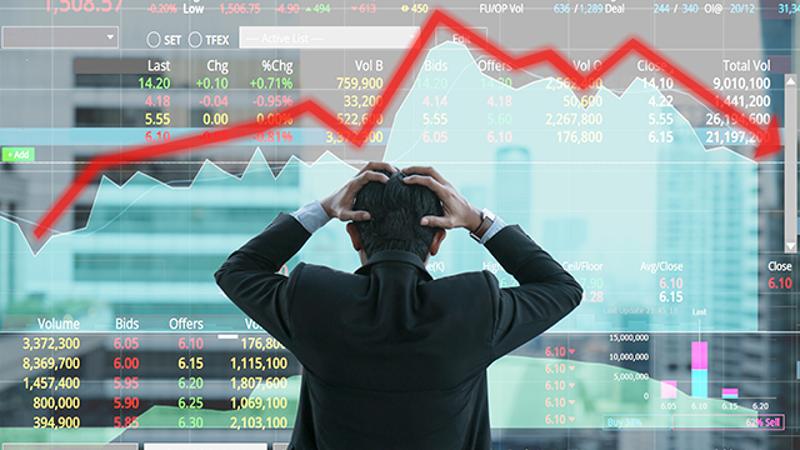 Restaurant stocks crashed on Monday during one of the worst trading days in history as investors worried about the impact of limits state and federal regulators are putting on visits as they seek to prevent the spread of coronavirus.

The Dow Jones Industrial Average declined nearly 13% in one of its worst days of all time. The broader S&P 500 index declined 12% on Monday.

Restaurant stocks fared the worst and dine-in chains were hammered in particular. The S&P 500 Restaurant Index fell more than 15% on Monday and every restaurant company stock was down, most of them in the double digits.

Dave & Buster’s, which has already lost much of its stock value this year, declined 46% as investors worried particularly about consumers’ reaction to an entertainment destination. Red Robin fell 35%. Ruth’s Chris Steak House fell 33%.

Denny’s Corp. declined 24% after the company acknowledged on Monday that the coronavirus outbreak would have a material impact on its earnings.

The company said it had secured financing through its revolving credit line and put a halt on stock buybacks to fortify its balance sheet to provide additional flexibility “in light of uncertain market conditions arising from the COVID-19 pandemic.”

Numerous states have already taken steps to limit the spread of the coronavirus, and over the weekend they set their targets on the restaurant industry. Several states, including Ohio, Illinois, Michigan, Massachusetts and Washington state temporarily called for a halt to dine-in service, as did cities like New York and Los Angeles.

President Donald Trump on Monday urged Americans to stop dining out at restaurants and bars and restrict gatherings to fewer than 10 people.

Numerous restaurant chains have already taken advanced steps in that direction, with Starbucks and Chick-fil-A, two of the three largest restaurant chains in the U.S., saying they would close their dining rooms.

UPDATE: This story has been changed to reflect closing stock prices.