Voicing agreement that the worst is over for restaurants, attendees of the Restaurant Leadership Conference said they came to the Scottsdale, Ariz., event with an ear cocked for insights into chains’ near-term prospects. 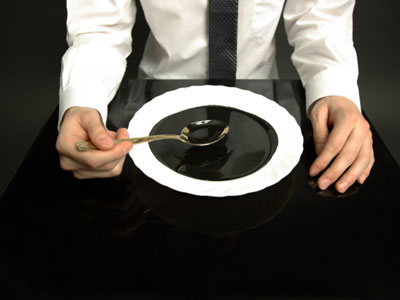 “This year, everyone’s looking for where we’re going from here,” said Harry Boyd, chairman of the Monical’s Pizza chain and a regular attendee of the annual conference. “We’ve bottomed out, but what now?”

Many attendees noted with a near-audible wince that climbing commodity costs are putting new stress on the industry’s still-shaky recovery.

Robert Taft, the long-time chain veteran currently serving as CEO of the Pizzeria Regina parent Boston Restaurant Group, said he’s pleased the company will hold price increases to .6%, when increases of 2% to 3% seem to be the norm.

Some of the players taking the biggest hikes are the ones who’d held off because consumers were so price-sensitive, observed Taft. Now they have no choice if they want to preserve margins.

Conversations during a reception for the Future 50, the 50 fastest-growing emerging chains, often drifted to speculation about the impact of soaring gas prices on consumers’ psyche.

Don Fox, CEO of the Firehouse Subs fast-casual chain, said he’s not as worried about gas prices as he was three or four years ago, when the $4-a-gallon threshold was breached and a shudder went  through the economy.

“The consumer is different today,” he explained. “At the time, the consumer wasn’t saving, so there was no wiggle room to absorb the hit from higher gas. But they’ve been saving lately because of the economy. You don’t hear the same feedback you did then.”

Still, he’s interested in the psychology of the situation.

“What I’m most curious to hear at the conference is the feeling of the audience and how confident it feels about what’s ahead,” he said.

Several of the attendees arriving Sunday said they took heart from the size of the gathering: 1,400 participants, which is a record turnout for the 15-year-old event.

The Restaurant Leadership Conference is presented by CSP Information Group, the parent of MonkeyDish.com and Restaurant Business magazine.