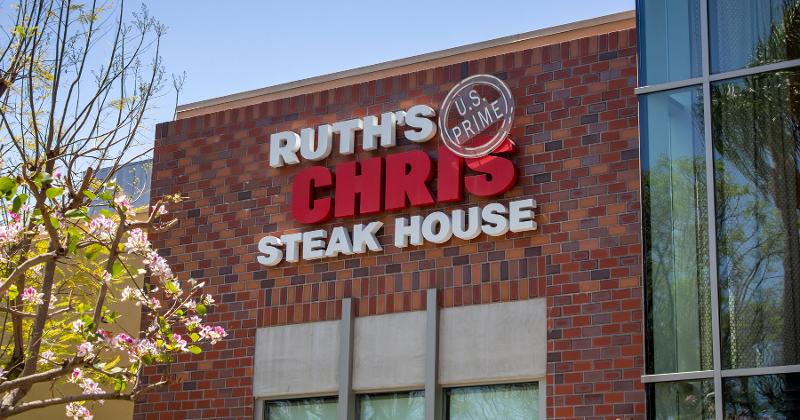 The Winter Park, Fla.-based upscale steakhouse chain operator has opted to repay its funds after learning about the program’s limitations.

“We intended to repay this loan in adherence with government guidelines,” Ruth’s said in a statement. “As we learned more about the funding limitations of the program and the unintended impact, we have decided to accelerate that repayment.”

The U.S. Treasury Department on Thursday published new guidelines that suggested publicly traded companies would be ineligible for the funds in the future because they could not say “in good faith” that they couldn’t access capital through other sources.

The new guidance suggested that publicly traded companies that received such funds should repay them by May 7.

Ruth’s, which operates Ruth’s Chris, was among the first publicly traded restaurant companies to publicly report receiving a PPP loan, which generated an outcry as the initial $349 billion allocation to the program ran dry.

Representatives from those companies did not respond to a request for comment Thursday.

In a federal securities filing Thursday, Fiesta Restaurant Group said it was reviewing to “determine if it’s appropriate to retain the loans” following the updated guidance.

In its guidance, the Treasury Department noted that borrowers must certify that their loan request is “necessary to support the ongoing operations.”

That certification must take into account their business activity “and their ability to access other sources of liquidity sufficient to support their ongoing operations.”

“It is unlikely that a public company with substantial market value and access to capital markets will be able to make the required certification in good faith, and such a company should be prepared to demonstrate to [the Small Business Administration], upon request, the basis for its certification,” the guidance says. The SBA administers the PPP fund, which is run through individual banks.

The guidance suggests that any company that applied for a PPP loan prior to the issuance of the guidance “and repays the loan in full by May 7, 2020, will be determined” by the SBA “to have made the required certification in good faith.”

As for Ruth’s, pressure came from all sources, including a Change.org petition asking the company to return its funds. More than 260,000 people signed the petition. The petition says Ruth’s “in effect, stole from actual small businesses across this great country.”

The company’s social media feeds, including Twitter and Facebook, were subject to numerous comments from critics calling for a boycott due to its $20 million loan.

In its statement, Ruth’s said that it applied for and received funding “to protect our team members and their loved ones.”

“We were eligible for this assistance, and our goal was to utilize funds to keep as many of our team members working for as long as possible, cover 100% of healthcare benefits, and position Ruth’s Chris to rebuild its workforce as quickly as possible,” the company said.

Now that it is repaying its funds, “It is our hope that these funds are loaned to another company to protect their employees, just as we intended.”

UPDATE: This story has been updated to include the full statement from Ruth's Hospitality Group.