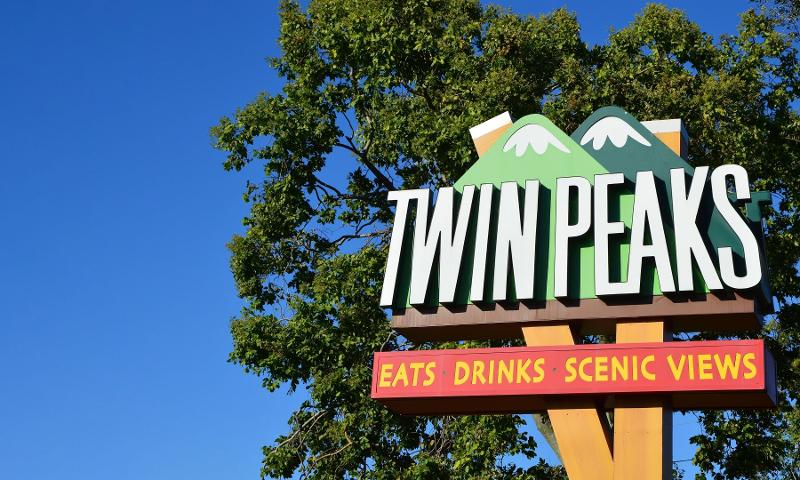 Apparently, not even a hurricane could stop Twin Peaks’ sales growth this year.

The casual-dining chain, acquired by the brand collector Fat Brands for $300 million last year, is generating strong sales growth so far this year, with same-store sales up about 13%. “It’s off the charts,” Fat Brands CEO Andy Wiederhorn told investors on Thursday, according to a transcript on the financial services site Sentieo.

That includes the chain’s location in Fort Myers, hit hard last month by Hurricane Ian. That restaurant is the highest volume location in the Twin Peaks system. “Our sales are up in Florida,” Wiederhorn said.

He noted that the Fort Myers location “lost a couple of shingles off the roof and that’s it.” The location is operating, serving hurricane relief workers and locals alike. “Sales were significantly higher week-over-week because of that over the last few weeks.

Twin Peaks was the strongest brand Fat Brands acquired during a nearly $1 billion flurry of deals last year and is now the company’s biggest restaurant chain. It was also the most unusual. Most Fat Brands concepts are quick-service or fast-casual restaurants. Twin Peaks is a sports bar concept often called a “breastaurant” in the vein of Hooters. About a quarter of its locations are corporate, and the company plans to build even more of them because they generate financial returns.

The brand appears to be doing just fine coming out of the pandemic. System sales were about $400 million last year, according to data from Restaurant Business sister company Technomic. Those sales are up 22% over the past three years.

Wiederhorn believes Twin Peaks’ performance is indicative of consumers’ state of mind. “People want to get out,” he said. “They want to be in restaurants. They want to be in sports bars. It’s a good sports season. We just haven’t missed a beat there.”

Twin Peaks appears to be outperforming the company’s other concepts. Fat Brands’ overall same-store sales are up 7% so far this year. Wiederhorn said that, notably, some of Fat Brands’ QSR concepts have been hit or miss this year based on gas prices.

Sales at Fazoli’s, for instance, softened when gas prices increased, and they improved as those prices came down. “Sometimes it’s tied to gas prices,” Wiederhorn said. “It’s very sensitive and elastic in that sense.”

One challenge for the chain: permitting and equipment delays. “Either the restaurants are stuck in permitting with state and local authorities or the equipment hasn’t been available yet,” Wiederhorn said.

Yet he believes there are opportunities for the company to go into second-generation sites. “That’s a big focus strategically for me and for our whole team in 2023 is to accelerate the openings of new stores,” Wiederhorn said. “And if that means converting existing locations, everyone loves second-generation spaces, right? You’re not building the bathrooms. You’re not building the grease traps. All those things are already there.”