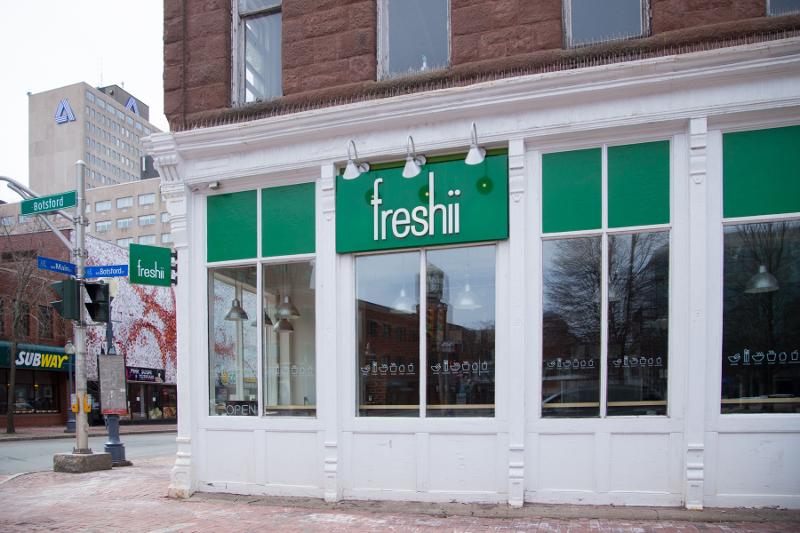 Freshii has an agreement to be sold to the Canadian-based franchisor Foodtastic for $54 million. / Photograph: Shutterstock.

Freshii, the struggling chain of healthy fast-casual restaurants, on Monday said it will be sold to a Canadian franchisor of quick-service restaurant brands for CA$74.4 million ($54.5 million U.S.).

The Montreal-based Foodtastic agreed to pay CA$2.30 per share for the 343-unit Freshii. The price represents a 142% premium on the company’s closing price on Friday.

The deal “delivers immediate and certain liquidity to Freshii’s shareholders at a price that represents a significant premium to the market price of Freshii’s shares,” Stephen Smith, a board member with Freshii who chaired a special committee of directors that negotiated the deal, said in a statement.

Freshii has struggled since its 2017 initial public offering in Toronto. Its stock price had fallen to well below $1 per share amid weak sales and slowing unit growth even before a pandemic hammered its core business of workday lunches in urban markets. Its same-store sales declined 11% in the third quarter, the worst performance of any publicly traded restaurant chain.

It will be sold to Foodtastic, an emerging, privately held franchisor of restaurant brands based in Quebec. It owns several different brands, notably Pita Pit, and recently acquired Quesada Burritos & Tacos, a Canadian brand that operates more than 175 locations. The Freshii deal will give the company 1,200 locations in Canada to go with 150 restaurants outside the country, most of which are in the U.S.

“We have been watching Freshii for some time,” Peter Mammas, CEO of Foodtastic, said in a statement. “It is a great fit for us, and helps Foodtastic expand into a new category.”

Daniel Haroun, who earlier this year was named CEO of Freshii after the departure of founder Matthew Corrin, said the acquisition will “improve Freshii’s potential for growth, enhance franchisee profitability and generate additional opportunities” for its growing consumer packaged foods business.

Foodtastic will pay $2.30 per share in cash. Corrin, who owns more than 69% of Freshii’s voting shares, has agreed to support the deal.

Freshii generated $135 million in global system sales last year, according to data from Restaurant Business sister company Technomic. Franchisees operate all of the chain’s locations. The company had recently acquired an online health and wellness retailer and has focused more on that CPG business. The company reported a $4.2 million loss in the third quarter.