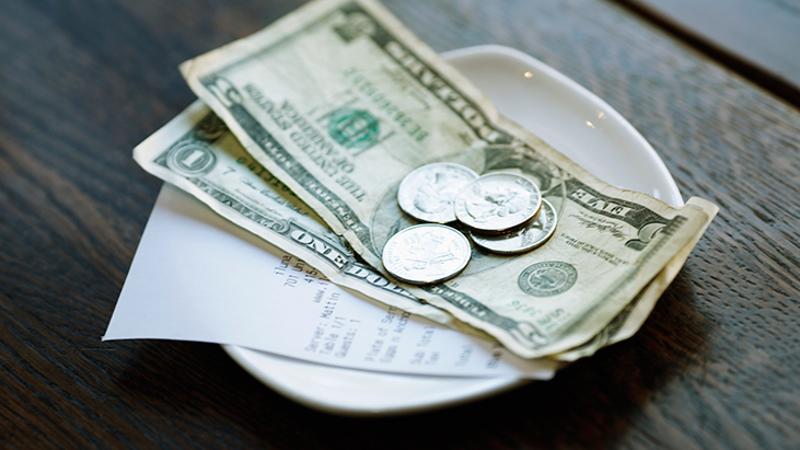 Ending waitstaffs’ dependence on tips is a big and sobering move, four early proponents agreed during a panel discussion before fellow restaurateurs last night in New York City. They provided detailed accounts of their switch to new compensation models where servers receive a set wage and all staffers get a share in revenues.

The participants stressed that the new arrangements are still new and evolving. The oldest program was The Modern’s hospitality-included arrangement, which the Union Square Hospitality Group restaurant had adopted two months ago. Another participant, Andrew Tarlow’s Restaurants, had dropped tipping that very night at one of its establishments, Roman’s.

Their comments suggested that restaurateurs thinking of discontinuing gratuities at their full-service restaurants should keep these early lessons in mind.

Use a sharp pencil and be specific

Nate Adler, who studied business at the University of Pennsylvania before entering the restaurant business, said he calculated the precise average check his Huertas would need to generate  ($66.70) to cover the cost of paying servers. Gabe Stulman of Fedora was similarly precise. He figured that guests who ate in the restaurant before gratuities were eliminated would spend $100 on a dinner for two and tip an average of 22.5 percent. Under the new set-up, “I can tell you that today you’d need to spend $125,” all inclusive, he said. The restaurant needs just that $3 more to cover the cost of its new compensation system.

Key question: Can volume be maintained

“If the same number of people come in and order the same value, it works,” said USHG’s Sabata Sagaria. “That is the biggest risk of all,” observed Adler. “Are people going to eat and drink as much as they were eating and drinking as they were before this?”

Before Roman’s dropped tips, servers were told exactly changes they could expect in their compensation, even when that information was a bitter pill. The restaurant is guaranteeing they will make a certain amount under the post-tipping economic model but “we are not guaranteeing a match to what they were making previously,” said Leah Campbell, Tarlow’s HR and communications director. The goal is to get them there, but there is no promise. “It was challenging,” she said.

Think in terms of a week, not a night

All four of the panelists said their non-tipping restaurants allocate shared revenues to the staff on the basis of a week’s financial performance and employment hours, not a night’s. That longer-term approach means working lunches on Mondays isn’t such a bad thing, and that the server who typically works the Friday dinner shift may be willing to cede that time to someone else with a scheduling conflict. All in all, the four agreed, it fosters a sense of cohesiveness and common cause within the staff.

One size doesn’t fit all

All four of the panelists had adopted a similar model for eliminating tips. Servers are paid a set wage, and all employees get a share of revenues based on a variable scale. But that’s where the similarities ended. Roman’s is paying servers $15 and hour and a portion of an 8 percent revenue-sharing pool. Adler set Huertas revenue share at 13 to 14 percent. The Modern’s kitty is 13.5 percent.

If you’re not going to step up your communication to all stakeholders, from employees to landlords, stick with what you have. The panelists detailed the extensive efforts they made to explain their new setups to everyone involved. That education was essential to getting buy-in, they agreed.

And that includes educating customers

Just be prepared for some frustration, warned Stulman. He explained that Fedora changed its website to emphasize that guests are no longer allowed to leave a tip. A half hour before their reservation, customers get an email that reminds them that gratuities are not longer accepted. Stulman says he often seats the guests and reinforces the message. Yet the patrons will still pencil in a line on the credit-card slip for a tip.

Until customers become accustomed to the new model, they’ll have trouble adjusting their behavior and recalculating what they’re actually paying for a meal.

Talk to one another

The panelists said they had communicated in depth with each other about their models, their concerns and their experiences. Stulman readily acknowledged that he had stolen a no-tipping logo from Tarlow’s before it was even used by that company at Roman’s. He estimates that USHG’s willingness to share the details of its plan saved him about 1,000 hours in research time.

They agreed that a breakthrough in consumer perceptions will come when all-inclusive pricing becomes a norm rather than the novelty it currently is.