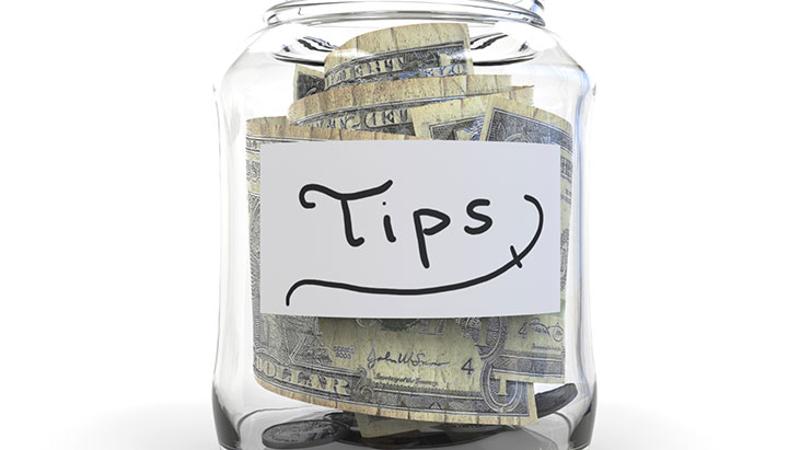 Replacing tips with an alternative means of compensating servers is already easing the labor pains of restaurateurs who have made the switch, but they attest the changeover is not without its ongoing financial challenges.

Four of New York City’s early adopters shared their experiences at a town hall meeting convened last night in Manhattan by Journee, a continuing-education center for restaurateurs. All four of the restaurateurs have recalibrated their menu prices to cover the compensation of all staff members, including the servers, and thereby eliminate the need for gratuities.

The panelists suggested that servers and most guests had embraced the changeover. Since The Modern discontinued tipping in mid-November, the turnover of kitchen staff has dropped 40 percent from a year ago, and the churn for servers has fallen 69 percent, said Sabato Sagaria, chief restaurant officer for the restaurant’s operator, Union Square Hospitality Group.

He also revealed that USHG is receiving 2.5 times as many applications for kitchen jobs and 1.7 times as many submissions for server positions as it did a year ago.

To allay guests’ concerns that they couldn’t use tips as a way of evaluating the service they received at The Modern, USHG provided a comment card with the check. In the 45 days after tipping was dropped, the company received 1,000 guest comments via the cards, “which is more than we’ve ever gotten,” said Sagaria. The only negatives, he said, tended to be comments like “’the bread wasn’t warm when it came out. It must be because they’ve dropped tipping.’”

The restaurant’s service score on OpenTable went up, he added.

But that appreciation may not translate into the higher revenues needed to cover the cost of paying servers instead of letting them depend on tips, said Gabe Stulman of Happy Cooking Hospitality. The company’s Fedora restaurant replaced tipping with a profit-sharing arrangement with the staff about two weeks ago, and the restaurant has felt some ill effects, he revealed.

The problem, Stulman said, is plain-old sticker shock. He cited the example of a steak the restaurant formerly priced at $34, “and we sold a lot of steak.” Tips at the restaurant averaged 22.5 percent, so the customer was leaving seven or eight dollars as a gratuity on just that item. Having the steak meant a net outlay of $41 or $42.

When Fedora recalculated its prices to include the cost of paying the servers, the charge for the steak was set at $39, which is a value because the guest is paying less, Stulman said. Yet sales of the steak have dropped like a rock.

He’s convinced that customers can’t look beyond the price to calculate what they’re actually spending now versus what they laid out a month ago.

Sagaria noted that consumers are more likely to notice the increase in beverage prices than they are the rise in food charges. Guests choose what to eat with their stomachs, while they choose wine with their heads, he suggested.

Nate Adler, co-owner of the year-old Huertas, acknowledged that the Basque restaurant has also struggled recently to meet the higher revenues needed to cover the discontinuation of tipping. But he contended that the struggle is more of a learning process than a condemnation of an all-inclusive pricing approach.

He explained that the restaurant needs an average check of $66.70 to cover the cost of his revenue-sharing model. “In January, we have not met our targets, and that’s a scary thing,” he said.

To hit the average-check target, Huertas needed to sell more of its family-style meals, which are priced at $36 per person with a four-person minimum. When management realized that necessity, it met with the servers, who know have a clear incentive in helping the restaurant meet its revenue targets.

“This week was a lot better, so everyone had a $2-per-hour increase in their pay.”

Stulman noted that letting servers share in the restaurant’s revenues can have an unforeseen wallop on overtime pay. As he explained, overtime rates are determined on the staff’s average wage, not the minimum, and the sharing approach can raise that to $30 an hour, since money formerly paid as tips are now part of the sum. Fedora’s overtime scale could hit $45 an hour, so “it’s super-important to control that.”

The panelists noted such other challenges as setting an appropriate share for servers who handle group parties, since they could be short-changed because of the fewer hours they work. Several noted that they’re currently rewriting the contracts for parties and banquets to reflect the shift from tips to revenue sharing.

Yet even Stulman pledged his support for the new models, noting that tips just don’t make sense if the industry intends to bolster professionalism and do right by its employees.