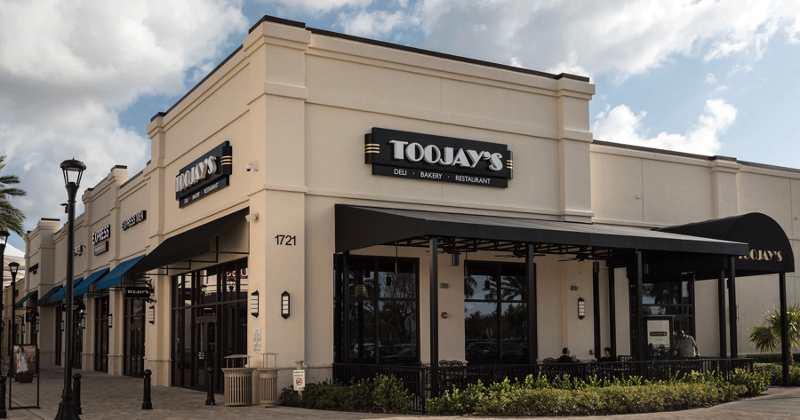 TooJay’s Deli, which filed for bankruptcy in April, has a new owner and has emerged from Chapter 11 protection, the chain announced Thursday.

Asset management firm Monroe Capital has acquired the 28-unit, Florida-based chain. Details of the deal were not released, though TooJay’s estimated the company to be worth between $44 million and $50 million, according to its bankruptcy document.

TooJay’s, which said it was profitable before the coronavirus pandemic impacted its dine-in business, completed a debt restructuring process and implemented its Chapter 11 reorganization plan, the company said in a statement.

TooJay’s, a New York-style deli and bakery, was founded in 1981 and has locations around Florida.

“For 39 years, TooJay’s has been an iconic, well-recognized brand serving many Florida communities,” CEO Maxwell Piet said in a statement. “Prior to COVID-19, the company’s revenue was ahead of last year, but the pandemic’s impact created difficulty for many industries.”

Not long before seeking bankruptcy protection, TooJay’s received a $6.4 million federal Paycheck Protection Program (PPP) loan, according to bankruptcy documents. Companies that are in bankruptcy are forbidden from receiving PPP funds.

At the time of the filing, the chain had $33 million in secured debt, in addition to the PPP loan.

The pandemic has been cited as the reason for declaring bankruptcy by a number of restaurant operators, including Chuck E. Cheese parent CEC Entertainment, Pizza Hut franchisee NPC International and fast-casual chain Garbanzo Mediterranean Grill.