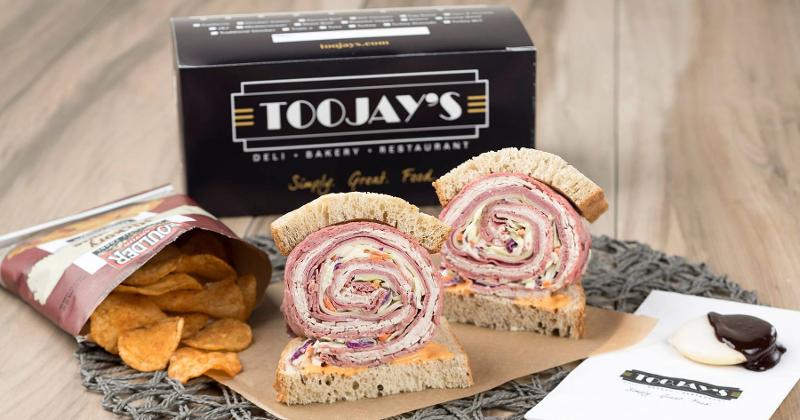 TooJay’s Original Gourmet Deli has filed for federal bankruptcy protection this week, blaming the weekslong coronavirus shutdown for taking what had otherwise been a profitable company into the red.

The company sought out debt protection, however, shortly after it received a $6.4 million federal Paycheck Protection Program (PPP) loan, according to bankruptcy court documents.

The company, which is based in West Palm Beach and operates locations throughout Florida, has $33 million in secured debt outside of the PPP loan, according to the filing.

The company, which operates a New York-style deli and bakery, says it was “operating profitably” before the coronavirus pandemic and closures of dine-in business. Many of the locations are indefinitely closed, according to the court filing.

A TooJay's representative said Thursday afternoon that only two of the chain's restaurants are closed, and the rest have been open for takeout and delivery.

The company says it has taken steps to reduce costs, including staff cuts and reducing fixed operating costs. The company went from more than 1,100 employees in February to 290 as of the end of March.

“The reduction in sales has made it difficult for TooJay’s to maintain the level of profitability to which it has historically enjoyed and which it needs to continue operating its businesses,” according to the filing.

TooJay’s says it plans to use the $6.4 million PPP loan on payroll and expenses, including future rent.

PPP funds are not allowed to go to companies that are in bankruptcy. Fast-casual chain Cosi was denied a loan because of its own filing, but pointed out in a lawsuit against the U.S. Small Business Administration that several companies received PPP funds and then sought federal debt protection shortly thereafter.

TooJay’s estimates that the company is valued at between $44 million and $50 million, according to its bankruptcy document, which is worth more than its secured debt. That’s based on annualized earnings before interest, taxes, depreciation and amortization of $6.7 million prior to the pandemic.

Still, TooJay’s is one of the first restaurant chains to file for bankruptcy protection based purely on problems from the coronavirus. But numerous restaurant companies have filed for federal debt protection, and several others are in danger of a filing amid significant debt loads and falling sales.

UPDATE: This story has been updated to reflect the company saying now that only two restaurants are closed.