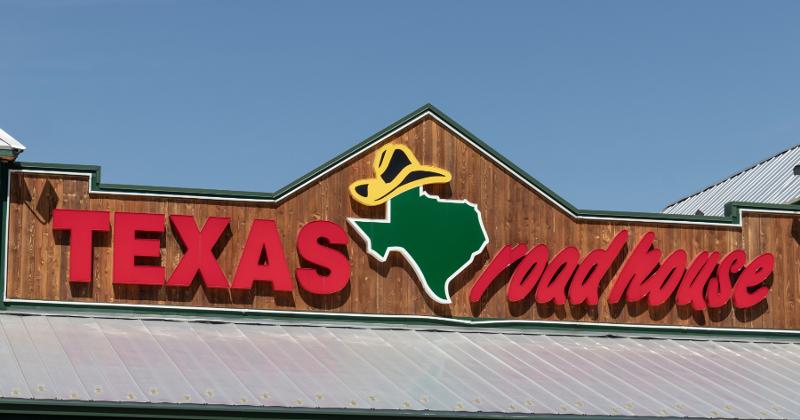 Texas Roadhouse currently has more than 600 restaurants in the U.S. / Photograph: Shutterstock

Texas Roadhouse is charting a path to becoming the biggest casual-dining chain in the country.

The 607-unit steakhouse chain on Thursday raised its expectations for how big it can be, setting its sights on 900 U.S. restaurants, up from a previous range of 700 or 800.

That growth trajectory combined with robust average unit volumes put it on pace to surpass the slower-growing Olive Garden and Applebee’s as the largest casual-dining chain in the U.S. by sales.

Fueling the company’s new projection is its success in smaller markets. Originally focused on medium-sized cities, the chain in recent years has started moving into smaller markets with populations between 40,000 and 60,000. It has apparently found a receptive audience there.

“We changed that number because we do see the upside, and the success in some of the smaller communities that we've been able to go in really allowed us to up that number,” CEO Jerry Morgan said during an earnings call Thursday.

Executives did not provide a timeline for when it will reach 900 units. The company is on track to open 23 restaurants this year and 30 next year, some of which will be its smaller brands, Bubba’s 33 and Jaggers. At that rate, it would take about a decade to get to 900.

But if it hits that number, Texas Roadhouse has a strong shot at leap-frogging all of its casual-dining competitors.

It was already the fourth-largest casual-dining brand by sales in 2021 and was hot on the heels of No. 3 Buffalo Wild Wings. It has generated those sales on a much smaller base of restaurants than the chains ahead of it thanks to average unit volumes of more than $6 million—the highest in the segment.

Under current conditions, 900 restaurants averaging $6 million in annual revenue would generate $5.4 billion a year. Olive Garden and Applebee’s each brought in just under $4.2 billion in 2021.

But their growth has slowed over the past five years while Roadhouse’s has accelerated, suggesting the steakhouse chain could soon catch up.

Texas Roadhouse domestic sales, meanwhile, have increased 63% over that span, compared to 9% for Olive Garden and negative 6% for Applebee’s.

Founded in 1993 by late CEO Kent Taylor, the Louisville, Ky.-based chain has expanded to 607 restaurants in 46 states, with large concentrations in Texas, Florida, Ohio and Indiana. Its lively atmosphere and scratch-made menu have helped it become an industry leader even as it has bucked industry conventions: It doesn't offer delivery, for instance, nor does it advertise nationally.

Its updated growth projections come on top of another strong quarter for the brand, which has been largely immune to the traffic problems that have hit the broader full-service segment.

Same-store sales rose 8.2% at company-owned restaurants, and traffic rose 0.5% year over year, including a 3.3% increase in dine-in traffic. That trend continued into the current quarter, with sales up 8.3% through the first four weeks.

Guests have not shied away from the chain despite prices being about 7% higher than last year. In Q3, they continued to order the higher-priced entrees they traded up to in 2021, executives said.

The chain’s ability to grow traffic and sales in a difficult economic environment no doubt bolsters executives’ confidence it can reach its new development benchmark.

“If we continue to do it right and all the world works with us, we think that we can get to that number,” Morgan said.